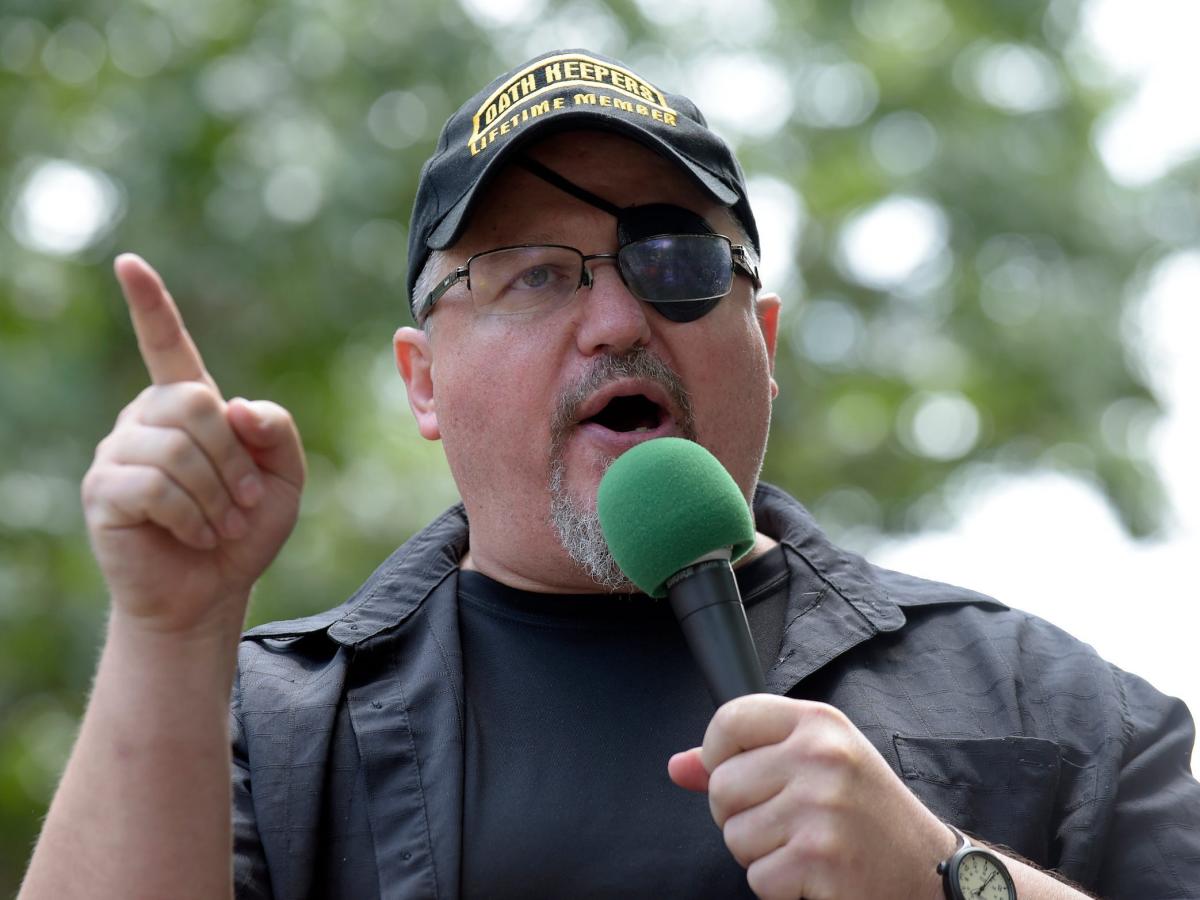 Oath Keepers founder Stewart Rhodes claimed he was in contact with a Secret Service agent in the months leading up to the January 6, 2021, attack on the Capitol, a former member of the far-right group testified at trial Thursday.

Federal prosecutors called John Zimmerman, a former Oath Keepers member, to testify Thursday in the trial of Rhodes and four others charged with seditious conspiracy in connection with the Capitol siege.

In his testimony, Zimmerman recalled how the Oath Keepers gathered guns in preparation for the possibility that then-President Donald Trump would invoke the Insurrection Act — a move the group saw as giving it standing to step in and forcibly prevent the peaceful transfer of power.

Asked whether he was aware of any direct connection between Trump and Rhodes, Zimmerman answered, “Not that I recall specifically.”

Zimmerman testified that he witnessed a phone call between Rhodes and his purported Secret Service contact in September 2020 at a Trump rally in Fayetteville, North Carolina. He heard only one side of the call and could not confirm that Rhodes’ contact was, in fact, an active Secret Service agent.

The testimony offered a potential clue in a mystery that has hung over Rhodes’ prosecution.

In a separate case against an Oath Keeper, prosecutors said Rhodes attempted on the night of January 6 to speak with Trump directly and urge him to call on groups to block the certification of President Joe Biden’s electoral victory. Rhodes placed the call over speakerphone and “repeatedly implored the individual to tell President Trump to call upon groups like the Oath Keepers to forcibly oppose the transfer of power,” prosecutors said in a May court filing.

The recipient of the call has so far gone unidentified. Once that person declined to connect him with Trump and hung up, Rhodes turned to the group gathered with him inside a Washington, DC, hotel suite and said, “I just want to fight,” according to the court filing.

In his testimony Thursday, Zimmerman said he was not in Washington, DC, on January 6 because he was recovering from COVID. Zimmerman said he joined the group while under the impression that it served as an “extension” of community law enforcement services.

Zimmerman took the stand as the second witness called to testify against Rhodes and four others — Kelly Meggs, Jessica Watkins, Kenneth Harrelson, and Thomas Caldwell — in the first seditious conspiracy trial that has arisen out of the nearly 900 prosecutions connected to the Capitol attack.

In the early days of the trial, prosecutors have detailed how the Oath Keepers stored a cache of weapons in a hotel outside Washington, DC, for a so-called “quick reaction force” that would rush into the nation’s capitol if Trump invoked the Insurrection Act. The trial has also featured encrypted messages members of the Oath Keepers exchanged in the months leading up to the Capitol siege, including one sent just days after the 2020 election in which Rhodes wrote, “We aren’t getting through this without a civil war.”

In an opening statement, prosecutor Jeffrey Nestler on Monday said the Oath Keepers “concocted a plan for an armed rebellion to shatter a bedrock of democracy” — the peaceful handoff of power. Prosecutors have also shown jurors video footage of Oath Keepers entering the Capitol in a military-style “stack formation,” and Nestler on Monday pointed to a recording of a meeting days after January 6 in which Rhodes could be heard complaining about a lack of more lethal weaponry at the Capitol that day.

“My only regret is that they should have brought rifles,” Rhodes said, adding, “We could have fixed it right there and then.”

Prosecutors are planning to call more Oath Keepers to the stand — and Rhodes is expected to testify in his own defense. On the first day of the trial, Rhodes’ lawyer Phillip Linder said jurors would hear from the Oath Keepers founder “himself about who he is.”

One thought on “Oath Keepers founder Stewart Rhodes claimed to have contact with a Secret Service agent, ex-member testifies at trial”