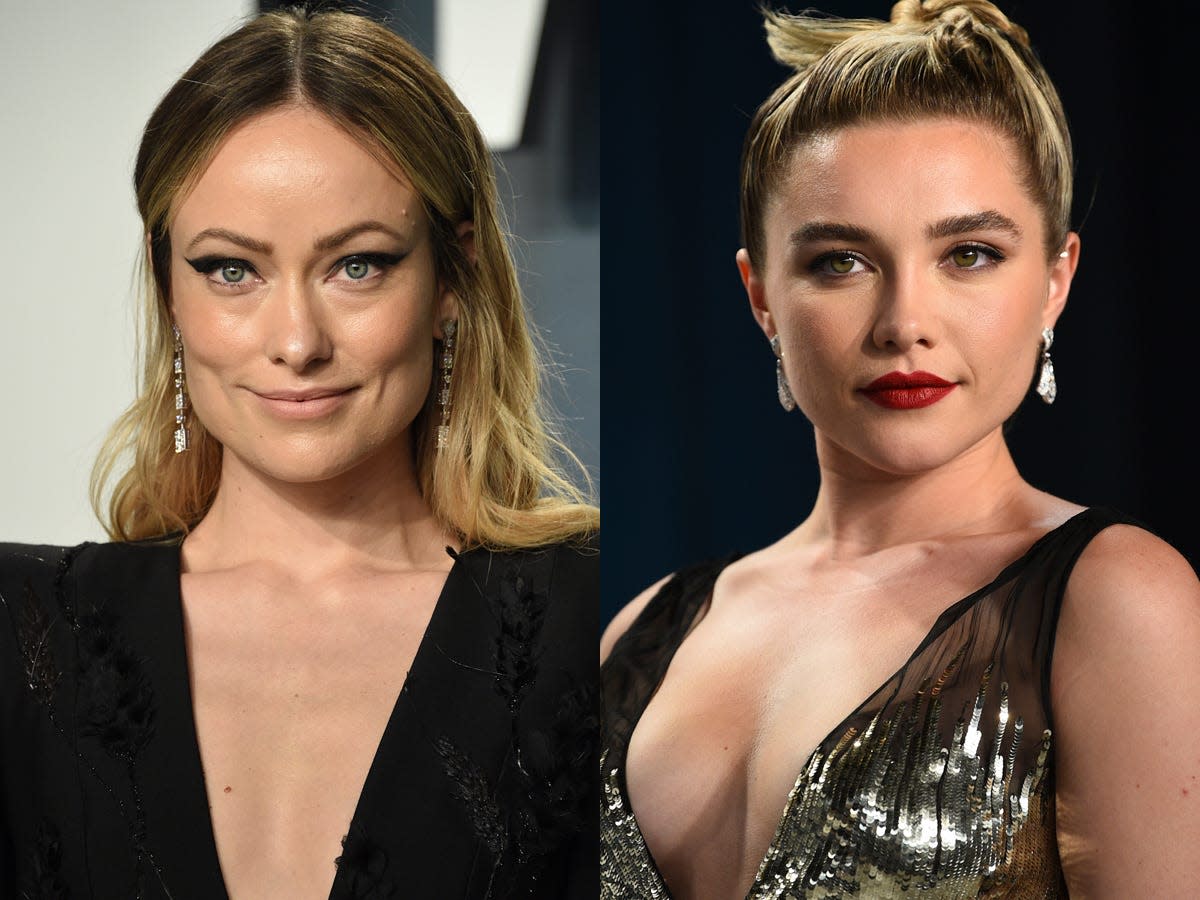 Actor-director Olivia Wilde wouldn’t initially answer a question about whether she’s feuding with her “Don’t Worry Darling” co-star Florence Pugh during an appearance on “The Late Show with Stephen Colbert” Wednesday night.

“Speaking of Florence Pugh, amazing performance,” Colbert said after Wilde praised Pugh’s acting in the feature film that premieres Friday. “Let’s get to another question you shouldn’t have to answer. People say you are feuding with Florence Pugh. Is there anything you want to say to that?”

Instead of addressing the question head-on, Wilde steered the conversation to spit-gate, referring to the viral video clip that shows Harry Styles appearing to spit on Chris Pine as he took his seat at the Venice Film Festival earlier this month. Styles, Pine, and Wilde have all denied that a spit occurred.

Wilde called spit-gate a “perfect example” of people looking for drama “anywhere they can,” seemingly referring to both that and a possible feud with Pugh.

Finally, she offered an answer to Colbert’s initial question.

“I have nothing but respect for Florence’s talent,” Wilde said. “There’s nothing cooler than a busy actress,” she added, referring to Pugh being back on the set of “Dune.”

“I have nothing against her for any reason,” Wilde said.

Fans have speculated that there was an on-set rift between Pugh and Wilde, especially after Shia LaBeouf — who was initially cast as a lead in the show — released private messages between him and Wilde that addressed some on-set drama.

Ultimately, Wilde told Colbert, that she “chose her actress” over LaBeouf, who said he couldn’t work with Pugh. While LaBeouf said he quit over scheduling issues, Wilde maintains that she fired the actor because he couldn’t do the movie in the way she wanted him to.

Pugh has not spoken out about any of the speculated drama.