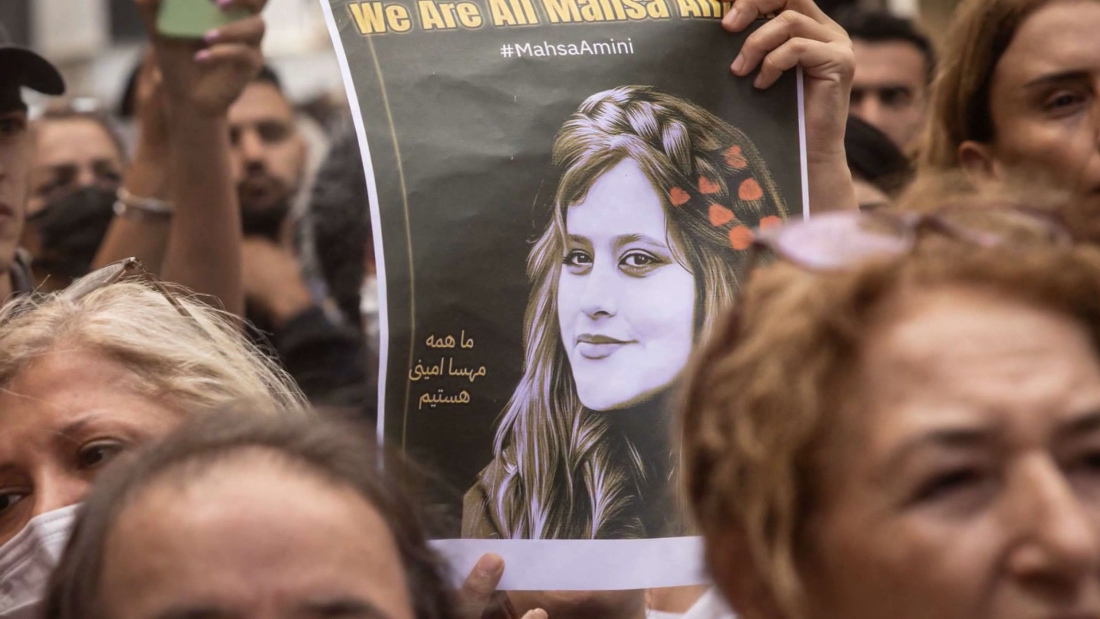 News
admin
September 24, 2022September 24, 2022
Iranian officials claim she died after suffering a “heart attack” and falling into a coma (she was detained for allegedly breaking rules on wearing the hijab). But Amini’s family — and demonstrators across the country — aren’t buying it. Watching dramatic images of protesters burning their hijabs, cutting their hair and violent confrontations with security forces, shows how little has changed since my own teenage years at the hands of police and Revolutionary Guard brutality.
I was 13 years old when in 1979 the Islamic Revolution toppled Iran’s monarchy. Despite promises from the revolutionary leaders to expand social freedoms, within a year, women’s rights to self-expression were eroded. Activities like dancing, wearing bikinis, even holding our boyfriends’ hands in public became largely forbidden.

I was one of those who spoke out against the regime and paid the price — though not as dearly as some of my fellow activists. At the age of 16, I was accused of being an anti-revolutionary and sent to Tehran’s notorious Evin prison.

Even now, decades later, every night when I go to bed, I think of my cellmates. Many are dead, executed by the Islamic Republic of Iran in the 1980s. And those who survived, like me, were tortured in prison. Guards and interrogators, all men, tied us to bare beds in small, windowless rooms that stunk of sweat, urine, and fear, and they lashed the soles of our feet with lengths of cable — heavy, hard, and cruel. It hurt so much that I could not even scream. I was later led to a mock execution, threatened, and raped. I was practically a child and so were many of my cellmates. We had dared protest the fanatical, autocratic laws of the newly formed regime with Ayatollah Khomeini as its supreme leader.

I was arrested on January 15, 1982 — more than 40 years ago. Back then, I would never have believed it if someone had told me that in 2022, I would be lying awake at night in my bed in Canada, thinking of innocent young women still being beaten to death in Iran because of being “immoral.” In the Islamic Republic, beauty remains a mortal sin.

Our parents, friends, and neighbors were terrified. They had heard of the torture and mass executions. The regime had guns, mobs, armies, torturers, and prisons. I suppose good people decided to cut their losses and leave us for dead. Those of us who survived and went home hit a wall of silence. Our loved ones didn’t want to talk about it, because it would bring about more trouble. The message was “move on.” And we tried. God knows, I tried. But what I had experienced and witnessed left my soul in a coma that took me many years to overcome.

I was released from Evin in March 1984 when the authorities decided that they had destroyed me, that I was no longer a threat. (In 1991 I left for Canada). Since then, every few years, there have been widespread protests in Iran that have resurrected the hope that the end of the Islamic Republic might be within reach, but, every time, we have been disappointed.

Like any other autocracy, the Iranian regime and its Revolutionary Guard are corrupt, and with the extreme inflation that the country has suffered from for many years, lower and middle-class Iranians have more and more difficulty putting food on the table while the governing elite are visibly getting more and more rich.

This economic situation together with Iranian women and the youth being beaten and even killed for protesting or simply being “immoral” causes more public disillusionment, which leads to more protests. Even though I wish these protests would soon bring an end to the Islamic Republic, I very much doubt they would. Iran is a very divided country on many levels including ethnic and ideological, and these protests do not have a charismatic leader who can unite.

Most protestors want the Islamic Republic gone, but what will take its place? Who will lead Iran to a better future and what will this future look like in practical terms? These questions do not have answers yet.

I had only just become a teenager when Tehran’s streets filled with protesters yelling “Death to the Shah” and “Independence, Freedom, Islamic Republic.” Little did the people know that freedom was inherently incompatible with Ayatollah Khomeini’s Islamic Republic. History always moves forward, even if very slowly, and not always toward a better future. It would be tremendously difficult for a country that has been under dictatorships for many decades to find its way to sustainable freedom.

But miracles do happen in history. The problem is they are usually neither quick nor easy — and they do have a high cost.