A feud over fossil fuel money 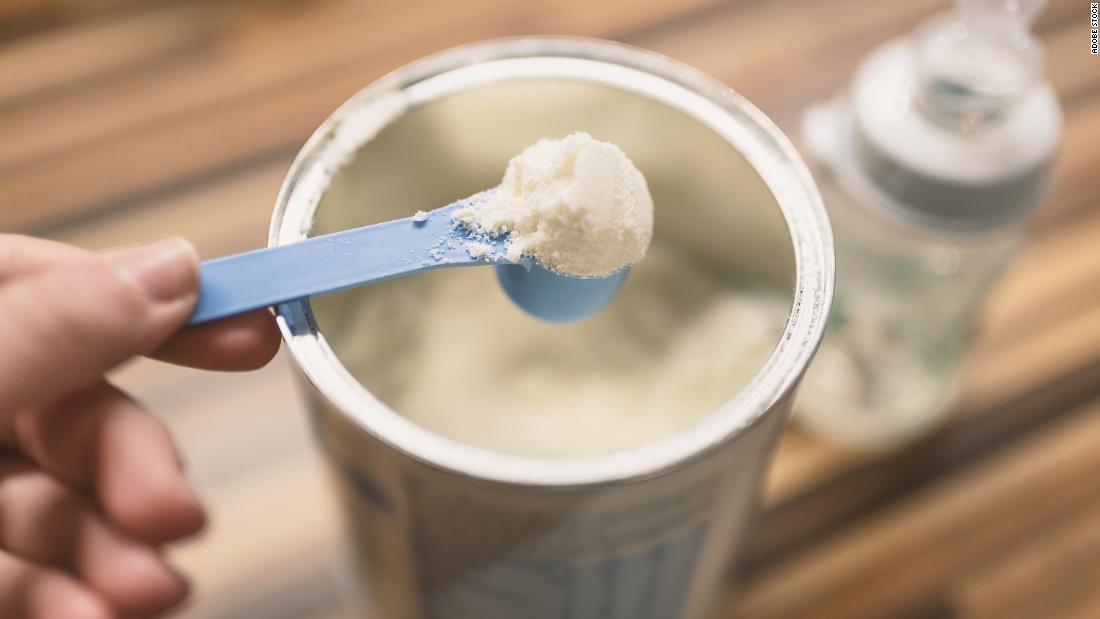 News
admin
May 14, 2022
“Breast is best” is a slogan often heard in obstetric clinics and maternity wards in hospitals. It’s a way to encourage moms to breastfeed, as the nutritional value of breast milk is superior to any manufactured formula. But “breast is best” does not take into account the often difficult and challenging circumstances between wanting to breastfeed and not being able to for a variety of reasons.
Nonetheless, the societal emphasis on breast milk can create a stigma and cause shame for some mothers. Parents who rely on baby formula are now facing another challenge in the midst of a national baby formula shortage. Stores have, for months, not been able to keep shelves stocked with enough supply, while manufacturers have reported their production is at full capacity. For so many families, this shortage is a crisis threatening the health of their babies.
While the White House says the US Food and Drug Administration (FDA) is working around the clock to address the baby formula shortage, the US Department of Health and Human Services has launched a website to help parents find formula. “You can find this at HHS.gov/formula,” said White House press secretary Jen Psaki. “This work is far from over, and in the days ahead, you’ll hear about the actions we’re taking to increase safe infant formula.”
Amid this shortage, we are reminded again how delicate our supply chains are. As The Nation reported in 2020, there’s a monopoly on baby formula in the US, with Abbott Laboratories, Reckitt Benckiser and Nestlé controlling around 95% of the market.
When even one company is unable to keep up with their demand, the supply falls drastically, which is what happened in this case. Three brands of powdered formula made by Abbott were recalled by the FDA in February due to a risk of bacterial infections.
Weeks later in early April, the out-of-stock rate was more than 30%. Now, it’s 40%. Parents are driving far and wide to get their hands-on formula, and a number of major retailers are limiting the amount of baby formula available for purchase.

After the birth of my first child, I was adamant about breastfeeding. It certainly came with its struggles — from not producing enough breast milk initially to latching issues, sore nipples and clogged ducts. At just a couple of weeks old, my son wasn’t gaining weight, so his pediatrician suggested I may need to supplement with formula. This was hard for me to hear, so the pediatrician suggested I come back in two days to reevaluate; if he didn’t gain weight — or worse, if he lost weight — we would need the help of formula.

I spent those two grueling nights before my son’s follow-up appointment breastfeeding him as much as possible to my own physical, emotional and mental detriment. I often caught less than four hours of sleep, and during those sleepless nights, the slogan “breast is best” played in mind on repeat. During the follow-up appointment, and the moment of truth, my son had gained about 2 ounces, enough for the doctor to say I could stick with breast milk, which I continued to do for another 17 months.

When I had my second child, I also breastfed, but due to a busy work schedule and barely finding time to pump milk, I supplemented with formula. I would be lying if I said I didn’t feel a bit ashamed at the time. As a health care professional, it was ingrained in me to promote breast milk.

My sister, Syma, also tried to give breast milk to each of her three boys after birth but struggled every time. She had to remind me it’s not just about the baby but what benefits both of mother and child.

My third child — my pandemic baby — was a whole different experience. Two weeks after giving birth in mid-January 2020, I went back to work to help my health care system in New York City prepare for a possible surge of Covid-19 cases. And, as we all know, a massive surge ensued just a few weeks after. I didn’t have time to breastfeed but pumped breast milk for over a year on the train, in empty offices, in public restrooms and in my car. I was tempted to give formula but was motivated to pass on antibodies in my breast milk to my daughter. By fall, I contemplated whether to switch to formula.

Again, hearing news of a Covid-19 vaccine on the horizon, I decided to continue pumping so once I was vaccinated, I could potentially pass my antibodies to her. At the time, there was no data on antibodies from the vaccine being passed to babies through breast milk (we now know this to be true), but given my background in infectious diseases, I knew it was a possibility. And any protection she could get, be it passive immunity, was worth the trouble for me.

Nonetheless, it would have been perfectly reasonable for me to rely on formula to feed her, and I encourage mothers to make the decision that is best for them. Breastfeeding does not happen in a vacuum and mothers should consider emotional, mental and physical well-being along with feasibility.

As if the threat of a fresh wave of Covid-19 infections later this year wasn’t enough, parents are now forced to scramble and hunt down baby formula to feed their little ones. The rationing of personal protective equipment by health care workers in 2020 brought about the slogan “Get me PPE.” Now, perhaps the slogan for parents will be “Get me baby formula.”
While parents may be desperate for short-term solutions, here’s a reminder of the dos and don’ts: It is not safe to water down formula in an effort to stretch out supply, make your own formula or purchase non-FDA approved products for baby consumption. It is important, however, to talk to your pediatrician regarding feeding options.