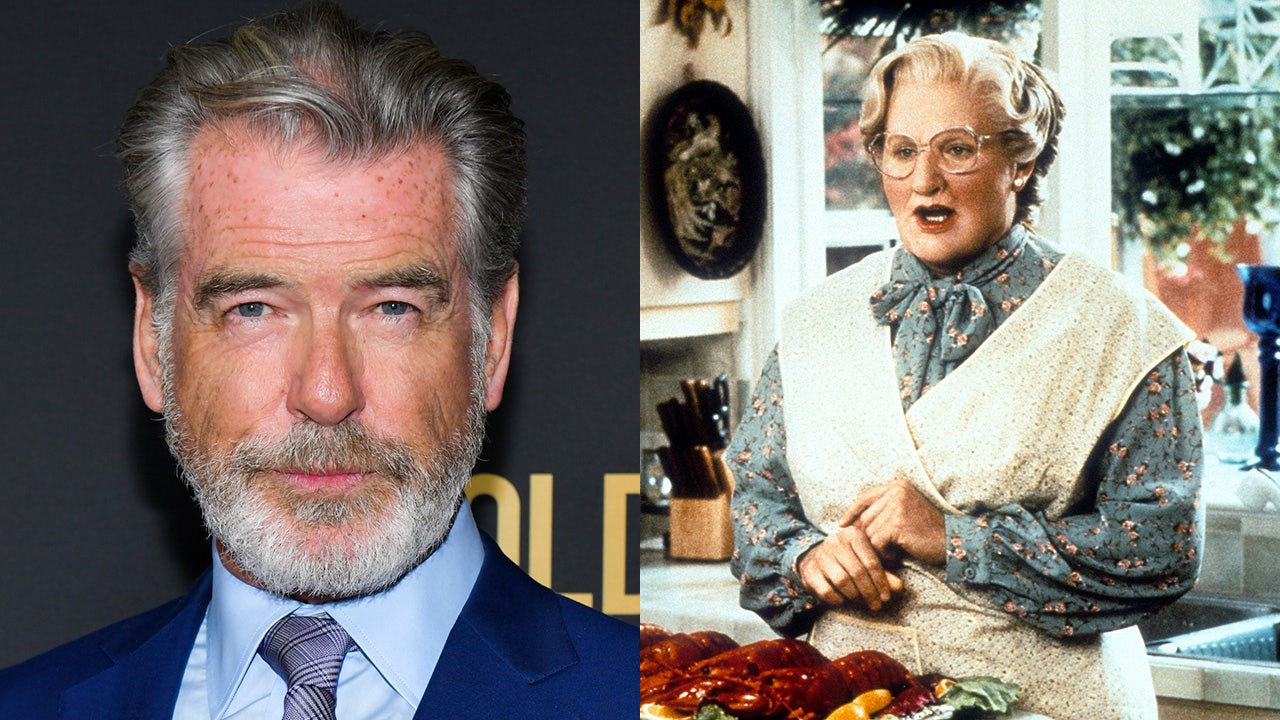 Pierce Brosnan revealed Robin Williams improvised one of the most iconic “Mrs. Doubtfire” scenes, while opening up about the first time he met the late actor on set of the classic film.

During a recent interview with GQ, the James Bond actor recalled filming the movie with Williams and how many laughs they shared in the process.

Brosnan revealed one of Williams’ most iconic lines in the film wasn’t originally in the script and was an improvised moment that made it into the film.

In the scene, Williams, as Mrs. Doubtfire, throws a lime at the back of Brosnan’s character’s head. In an effort to escape blame, Williams told Brosnan it was a “run-by fruiting” committed by someone who ran away.

“‘Run-by fruiting,’ it wasn’t in the script,” Brosnan said. “I get the beers, I’m walking back and thinking, ‘This is going to take forever to hit me on the head.’ The first one missed. And the second one — is history.”

The “Mamma Mia” actor also remembered his first time meeting the comedian, explaining they first met in the makeup trailer on Brosnan’s first day on set for “Mrs. Doubtfire.” He explained Williams was in the process of getting his Mrs. Doubtfire makeup on.

“I remember going up to San Francisco the first day. I went into the makeup trailer, and Robin was in there with a Hawaiian shirt on, big hairy arms and cargo shorts with hairy legs, but he had the head of Mrs. Doubtfire,” he said.

“I went to work every day on that movie, and I was always working with Mrs. Doubtfire. It wasn’t until the end of the movie that I met Robin,” Brosnan said.

Brosnan met Williams when he was dressed as Mrs. Doubtfire and had makeup on his face.
(20th Century-Fox/Getty Images)

His experiences with Williams on set left him with a very positive impression. Brosnan noted Williams was “one of the great clowns, greatest comedian, actor, humanitarian” who always “led with his heart and his soul.” He could not have been more “thrilled to be working with him (and) Sally Field.”

Brosnan credited the work environment created by the director for allowing Williams to fully explore every opportunity to improve and add his own flare to the scenes.

“Chris Columbus, the director, he created such a warm environment for us all to be free in and create in,” Brosnan said. “Robin, of course, had full realm of creativity and spontaneity and humanity and passion for all of us as actors. His commitment to that role was phenomenal. He would be there from four o’clock in the morning.”

Last year, Columbus told SF Gate that a sequel to “Mrs. Doubtfire” would most likely not be made because it doesn’t feel possible without Williams.

“It’s impossible. It’s just impossible,” Columbus said. “I just was reading a lot of reviews, ironically, today and about the Broadway show. And this guy who’s playing him is supposedly very energetic and phenomenal. But he’s no Robin. Robin was one-of-a-kind.”