Georgia's Warnock and Walker will face off in key US Senate race, CNN projects

Key 2022 matchups in half the swing states have been decided 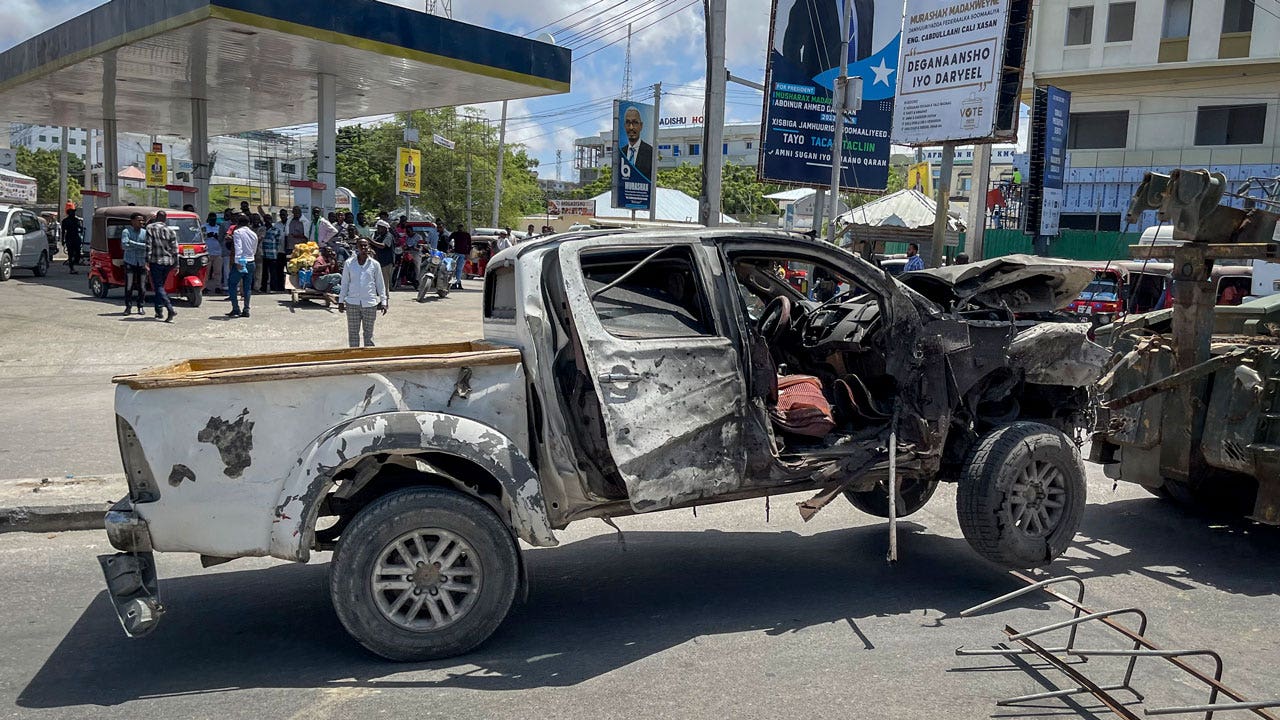 Somali police say at least four people have been killed by a suicide explosion that targeted a checkpoint near the airport in the capital, Mogadishu.

“I saw four people dead at the scene. Two of them were government soldiers who died immediately after the attack,” said police officer Ali Hassan.

A destroyed vehicle is removed from the scene after a suicide bomb attack at a checkpoint near the airport in Mogadishu, Somalia, Wednesday, May 11, 2022. (AP Photo/Farah Abdi Warsameh)

A number of wounded people were taken away in an ambulance, according to witness Hamdi Nur. There were no details on the other casualties.

The blast happened as presidential candidates were heading into the heavily fortified airport area to address lawmakers ahead of Sunday’s vote for president.

Somalia’s Islamic extremist group al-Shabab claimed responsibility for the attack, which destroyed a number of small businesses along the street.

Al-Shabab opposes Somalia’s federal government and frequently stages lethal attacks in Mogadishu and elsewhere in the Horn of Africa nation.