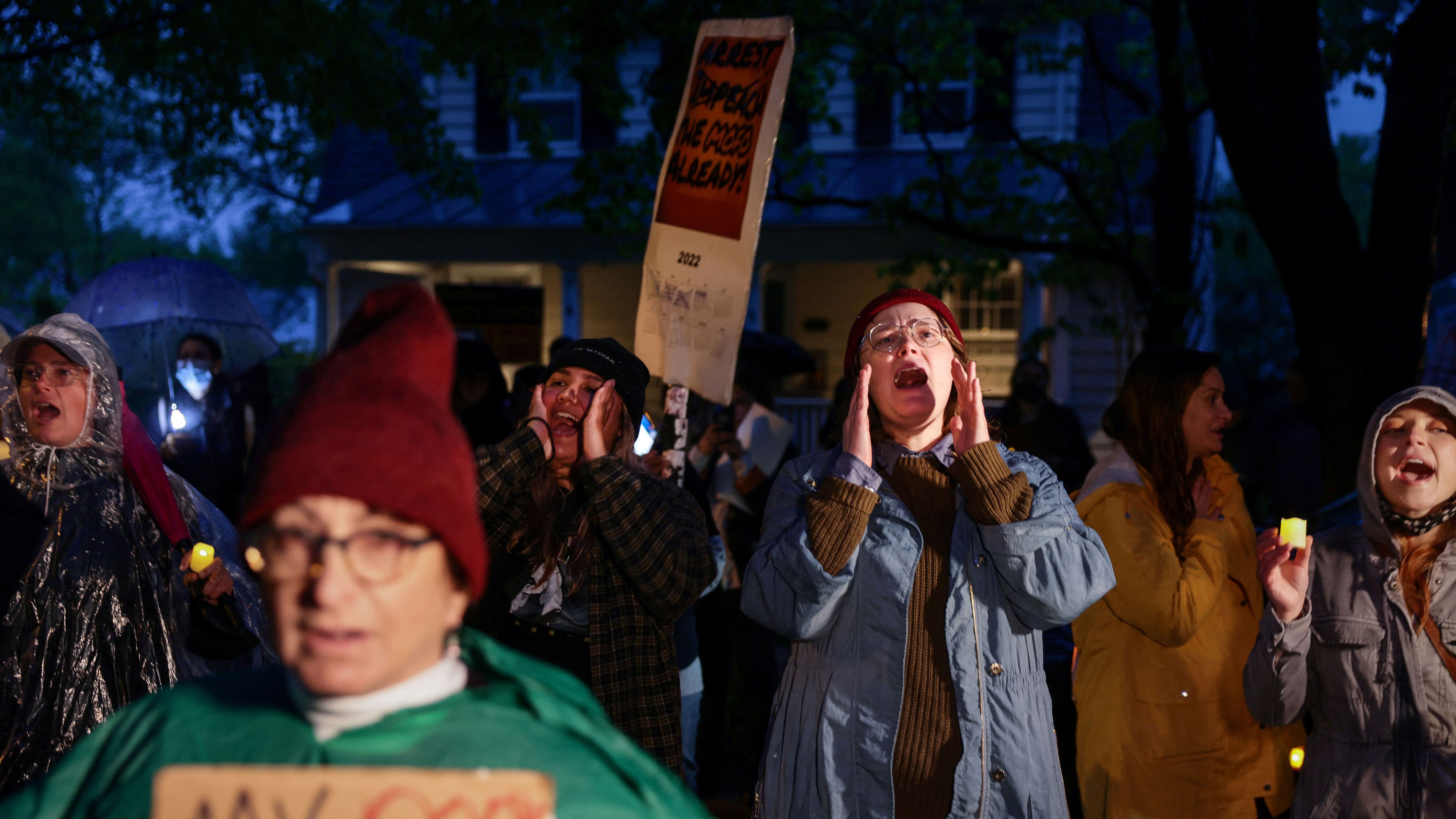 The far-left abortion activist group Ruth Sent Us says it’s main TikTok account, which at one point had more than 20,000 followers, had been “permanently banned” from the platform.

The TikTok page belonging to the group, which has led demonstrations and protests at churches and Supreme Court justices’ homes, is no longer active, but a similar account referred to as a “backup” under the handle “RuthSentU” announced the ban of the main page.

“Your account permanently banned due to multiple violations of our Community Guidelines,” a screenshot posted Saturday by the “backup” account of Ruth Sent Us TikTok account states.

It’s unclear what violations may have led to the ban. TikTok did not immediately respond to Fox News Digital’s request for comment.

Ruth Sent Us used its TikTok account, as well as its presence on Twitter, to promote protests at conservative justices’ homes earlier this week as part of an ongoing left-wing pressure campaign aimed at influencing the Supreme Court to uphold Roe v. Wade, after a leaked draft opinion suggested the court is on the verge of overturning its verdict in the 1973 case.

Ruth Sent Us did not immediately respond to Fox News Digital’s request for comment.

In a video posted to the TikTok account before it was deleted, activists in the red capes were seen walking into what appeared to be the front of a Catholic church during Mass.

“For 2,000 years the Catholic Church has been an institution for the enslavement of women,” one of the protesters says in the video, calling for protests between May 8 and May 14.

The group last week threatened that it would be “burning the Eucharist,” to show “disgust for the abuse Catholic Churches have condoned for centuries.”

“Stuff your rosaries and your weaponized prayer,” the group said Twitter. “We will remain outraged after this weekend, so keep praying. We’ll be burning the Eucharist to show our disgust for the abuse Catholic Churches have condoned for centuries.”

Fox News Digital reported Monday that Sam Spiegel, the registrant of the Ruth Sent Us website and a far-left activist, previously expressed support for Rep. Maxine Waters’, D-Calif., controversial 2018 call to harass Trump administration officials in public, saying at the time that even supporters of his administration deserve to be “ambushed.”

The group announced plans to protest in front of the homes of all six GOP-appointed justices Saturday evening, following rallies to protect Roe v. Wade in dozens of cities nationwide.