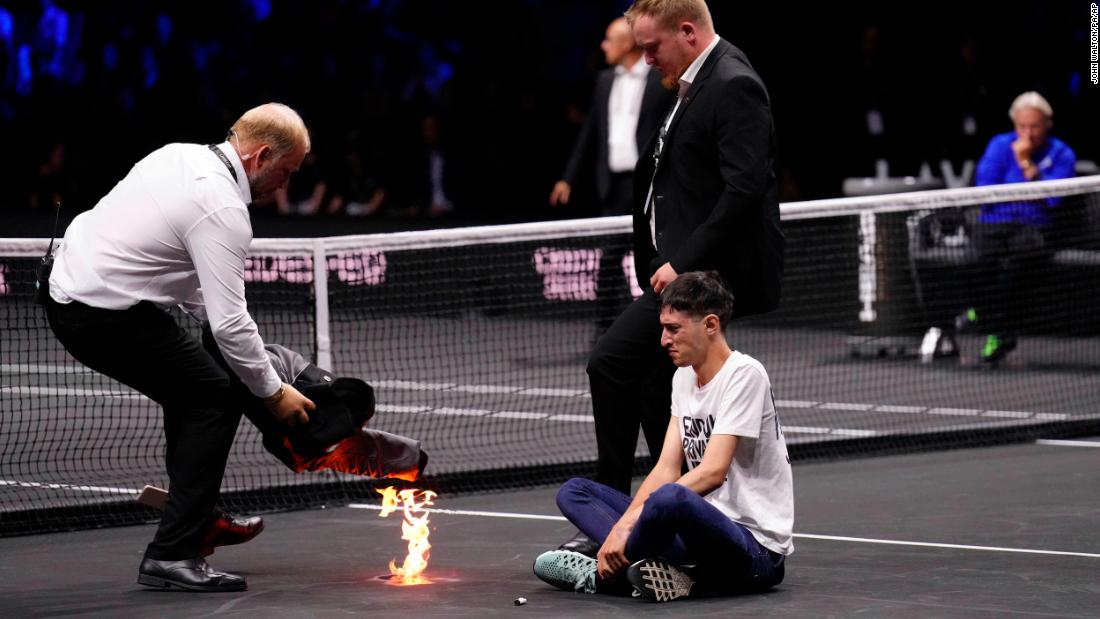 The protester, who was wearing a white shirt that said “End UK Private Jets” ran onto the court at the O2 Arena and briefly lit his right arm and some of the court on fire.

Security ran towards the protester to smother him with what appeared to be a suit jacket.

The protester was arrested and the matter is being handled by police, the Laver Cup said in a statement to CNN.

The protester was escorted off the court by security, and the match resumed after a short delay. The protester appeared to be OK.

Tsitsipas went on to defeat Schwartzman in straight sets.

The match came before tennis great Roger Federer started his final competitive appearance at the same competition and venue.

The Laver Cup sees teams from Europe and the rest of the world go head-to-head in nine singles and three doubles matches over the course of three days.