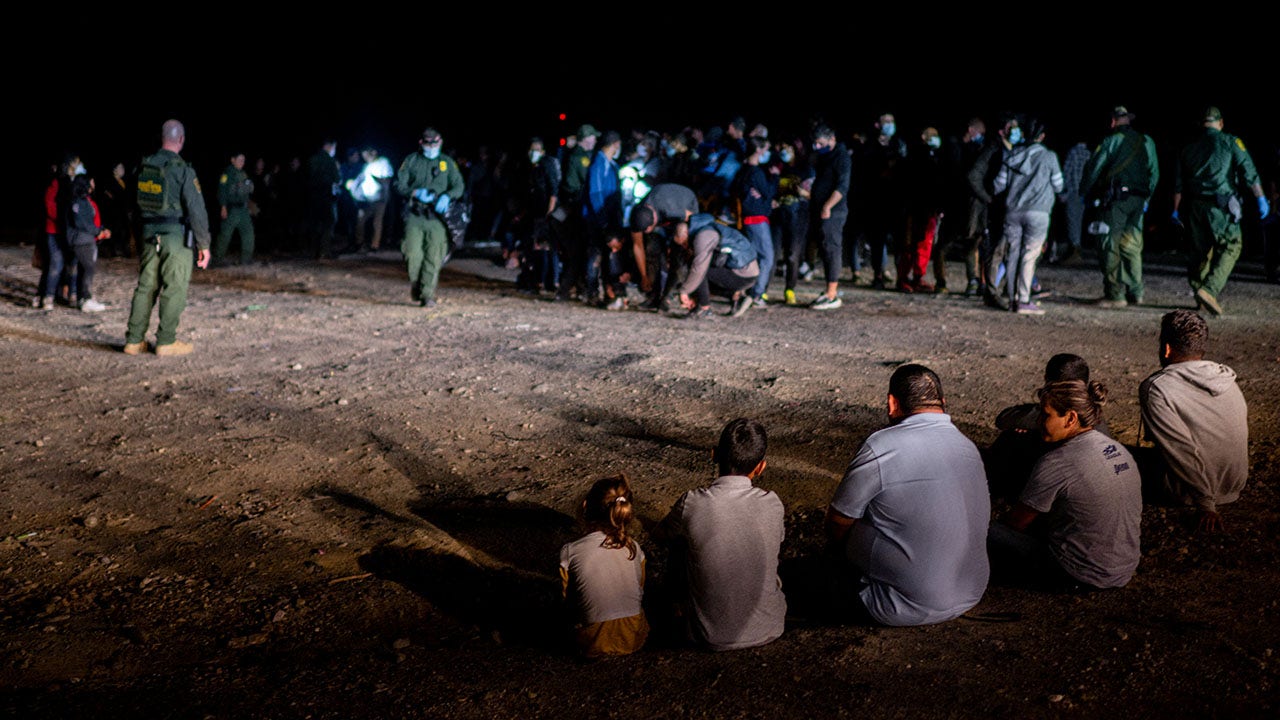 Fox News contributor Sara Carter joined Border Patrol Council president Brandon Judd on “Hannity” to discuss the merits of Arizona and Texas’ decision to categorize the migrant crisis as an “invasion” in a panel discussion.

JUDGE JEANINE: JOE BIDEN IS THE ONLY PERSON DESTROYING THE COUNTRY

SARA CARTER: Just last month in May, 55,000 ‘gotaways.’ That’s what they estimate. Gotaways known, gotaways came into the country. Those were people that were not apprehended. And think about this, over 800,000 since President Biden came into office. That’s unheard of. And another factor that I think is really important here and–

SARA CARTER: Absolutely. But that’s, but that’s known ‘gotaways.’ That’s just known. That’s just people they know have escaped into the country. And you’re absolutely right, Judge. And over 500 deaths just this year alone of migrants, not even including the 100,000 Americans that have died with drug overdose.