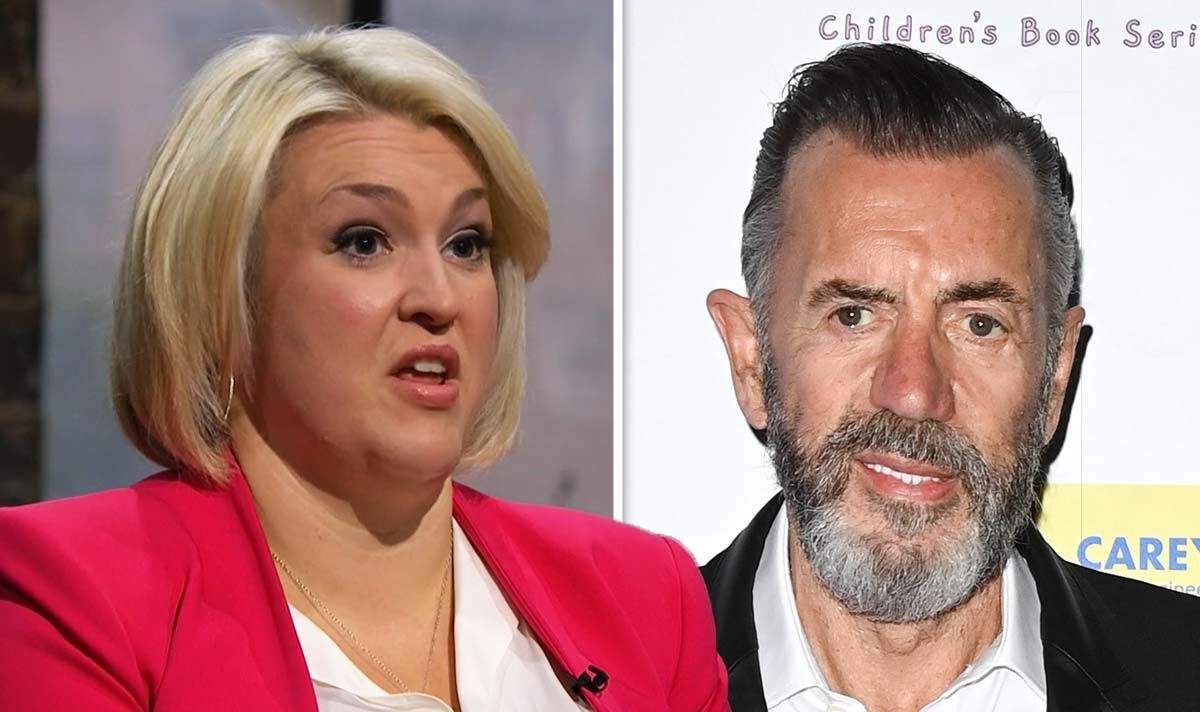 Sara Davies, 38, has spoken out about her love for Dragons’ Den before she joined the show and how Duncan Bannatyne in particular “motivated” her to become a successful businesswoman. The former Strictly star confessed in an interview with Express.co.uk that she used to watch Dragons’ Den “all the time” when she was in her 20s.

As she was in the early stages of building her business empire, Sara bought all of the Dragons’ autobiographies and read them all.

She recalled: “I probably shouldn’t say this because I’ll upset all the other Dragons, but Duncan Bannatyne’s stuck with me.

“It was called Anyone Can Do It and I read that book and thought, ‘Oh my God, he’s just a normal person.’

“He hadn’t grown up with a silver spoon in his mouth, he hadn’t had any of the chances in life that I couldn’t have.

“There was nothing special about him, he has just got really big ambitions and he is a grafter who works really hard.

“I felt so motivated by the time I had read it that I thought, if he can do it, then I can totally go and do it.”

Eventually, Duncan’s book influenced Sara to write her own autobiography, and she did.

We Can All Make It was released last month and is now a Sunday Times best-seller.

Discussing the writing process, Sara made a conscious effort to ensure her story was relatable to everyone.

She explained: “I’ve read loads of stuffy business books that tell you, ‘This is the bible, this is how you need to do it,’ and I get a bit bored reading them.

“I want people, whether they are entrepreneurs, or mums who are trying to juggle everything in life, anybody, I want people to pick up my book and connect with something in it.

“I want people to think, if she has done that, I can go and do whatever it is that I am trying to achieve. I want people to feel just how I did when I read Duncan’s book.”

Writing in her autobiography, Sara says that she learned a lot from Deborah as she had been “flying the flag for women in business” for many years.

However, when it came to her first day in the Den, Sara realised that the business moguls had very different ways of doing things.

When an entrepreneur asked the investors to get up and queue for some of their products, Touker got up before Sara and she joked: “Oh, come on. Ladies first!”

Suddenly, she heard Deborah “bark” at her from behind, saying authoritatively: “None of that in here, thank you. We are not ‘ladies and gentlemen’, we are all just Dragons, and we are all the same.”

Looking back on the moment, Sara continued to Express.co.uk that she felt “put in her place”. But, after reflecting on the situation she thought: “Wow, Deborah has had to lay the groundwork and the foundations for other female Dragons to come in that Den and be successful.

“She had years and years of being the only woman and the one who had to work with men.”

You can read more in We 9972Can All Make It: My Story by Sara Davies, which is published by Bantam Press. RRP £20.