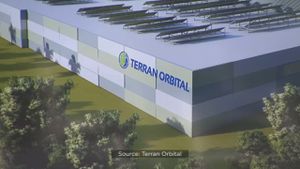 A satellite manufacturer that had big plans for Florida’s Space Coast has made a decision to expand in California instead.

According to a news release from the company, “Terran Orbital’s advanced manufacturing capabilities, which were originally planned for expansion on Florida’s Space Coast in partnership with Space Florida, have been accelerated and will not be based in Irvine, California.”

Terran Orbital received a $100 million investment form Lockheed Martin that includes a new strategic cooperation agreement that allows the company to pursue a wider degree of opportunities with Lockheed Martin.

One thought on “Satellite manufacturer scrubs plans for Florida expansion. Here’s where they’re heading instead”