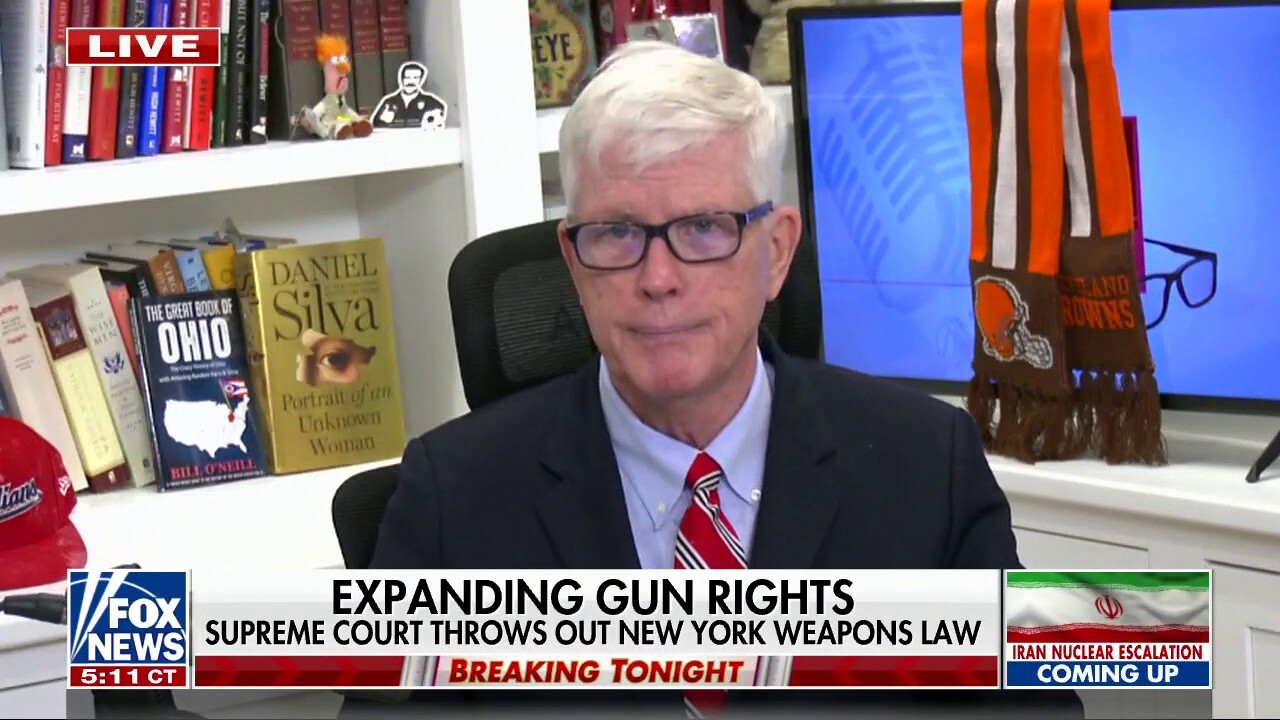 HEWITT: There are six other states, Bret, that have the same sort of regime about issuing permits that New York state does – a regime that was struck down as unconstitutional under the plain language of the Second Amendment today. Justice Alito – he wrote a concurring opinion – six justices agreed. And Justice Thomas wrote the majority opinion. But Justice Alito said, “Look, what we’re deciding today is, very simply put, Americans have the right to go out of their house and carry their weapon in self-defense. They don’t have to beg a bureaucrat to get that permit.” And 43 states already agree with that. The seven states who have “ask and we may give you the permit” regimes – their laws are unconstitutional. No one should be surprised by this. It’s been ten years coming and being made explicit, but it’s not a surprise.

WATCH THE FULL DISCUSSION BELOW: