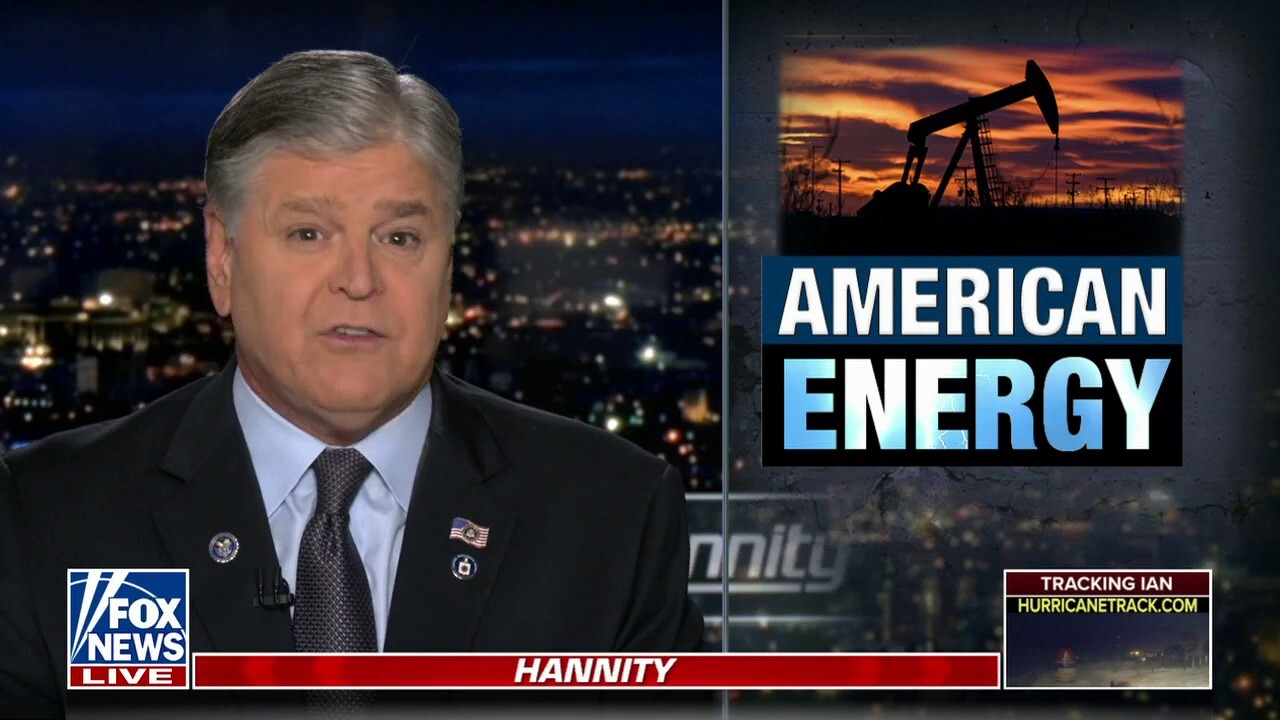 Sean Hannity discussed how Biden’s energy policies are preventing America from adequately producing the oil it needs and how Western Europe is in for an energy crisis on “Hannity.”

SEAN HANNITY: DEMOCRATS ARE DESPERATE TO DEMONIZE, SLANDER, SMEAR, AND BESMIRCH ANY REPUBLICAN AT ALL COSTS

SEAN HANNITY: It doesn’t really appear that Joey has a firm grip on how businesses actually work or the energy sector operates. Right now, he could lower gas prices, lift his own exploration ban. He could also approve more permits. He’s the one that stopped permits. He can reinstate offshore lease sales. He could restart construction on the Keystone XL pipeline and exploration in places like Anwar. If Biden had not nixed this critical project the XL pipeline, it would already be complete.

According to the Alberta Premier, he’s saying they’d be pumping 900,000 barrels of oil into our country from Canada every single day. And while Joe killed America’s very own Keystone XL pipeline, he, of course, inexplicably lifted all U.S. sanctions on Putin’s Nord Stream two pipeline into Western Europe, even as Putin amassed troops at Ukraine’s border. Now, today, this pipeline apparently sabotaged with underwater explosions. Natural gas bubbles can be seen here leaking to the surface.

Opponents of the Keystone XL and Dakota Access pipelines hold a rally as they protest US President Donald Trump’s executive orders advancing their construction, at Lafayette Park next to the White House in Washington, DC, on January 24, 2017. US President Donald Trump signed executive orders Tuesday reviving the construction of two controversial oil pipelines, but said the projects would be subject to renegotiation.  / AFP / SAUL LOEB        (Photo credit should read SAUL LOEB/AFP via Getty Images)

Between Putin’s war and Ukraine in this act of sabotage. Well, Nord Stream two might never, ever be operational, at least not for the foreseeable future. What’s the moral of the story? Well, Western Europe never should have given in to their climate alarmist calls. Russia is not a reliable source of energy. Neither is Venezuela or Ukraine or OPEC or Saudi Arabia, and certainly not Iran.

One thought on “SEAN HANNITY: It doesn’t appear that Biden has a firm grip on how businesses work”