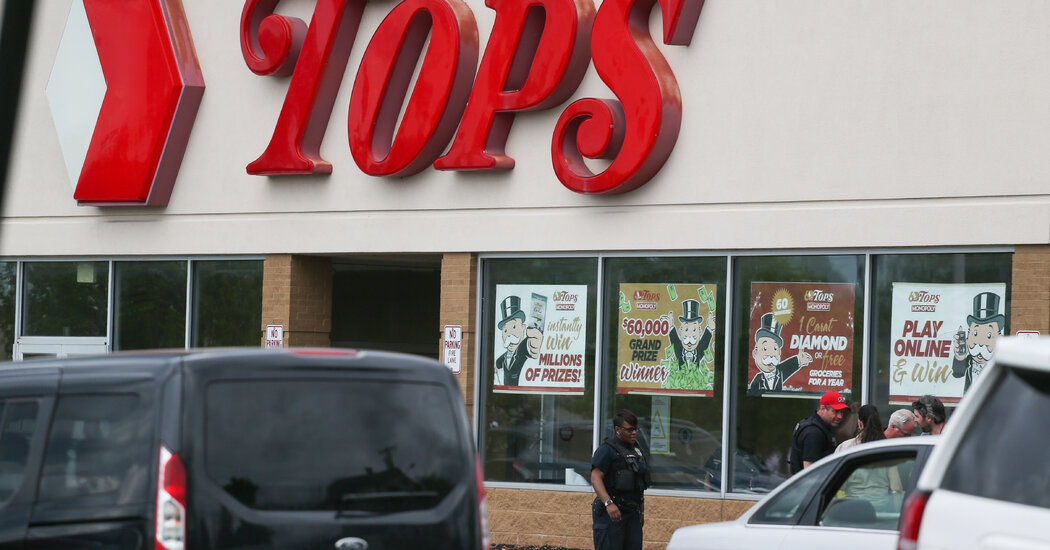 The police in Buffalo said a gunman opened fire at a grocery store on Saturday and that multiple people were struck, but officials did not immediately say how many were wounded or killed.

The police said on Twitter that a gunman was in custody after the shooting at an outlet of the regional grocery chain Tops Friendly Markets.

New York Gov. Kathy Hochul said on Twitter that she was “closely monitoring the shooting at a grocery store in Buffalo” and recommended that residents avoid the area.

Jaye Emmons, a 49-year-old social worker who lives a block and a half from Tops, was watching a YouTube video about a romantic breakup between two celebrities when “all of a sudden there were a tremendous amount of shots,” she said in a phone interview from a nail salon across the street from Tops. Ms. Emmons estimated that she heard 60 shots.

“What I heard was massive — bullets shooting aimlessly, firing out of a military weapon,” she said.

She added that she could tell that the shooting came from Jefferson Avenue, the location of the Tops outlet.

She said that a relative had visited the site of the shooting and came back saying he had learned that the gunman had started to fire in the parking lot outside the grocery store, entered the store and continued firing, then exited, at which point he was handcuffed by the authorities.