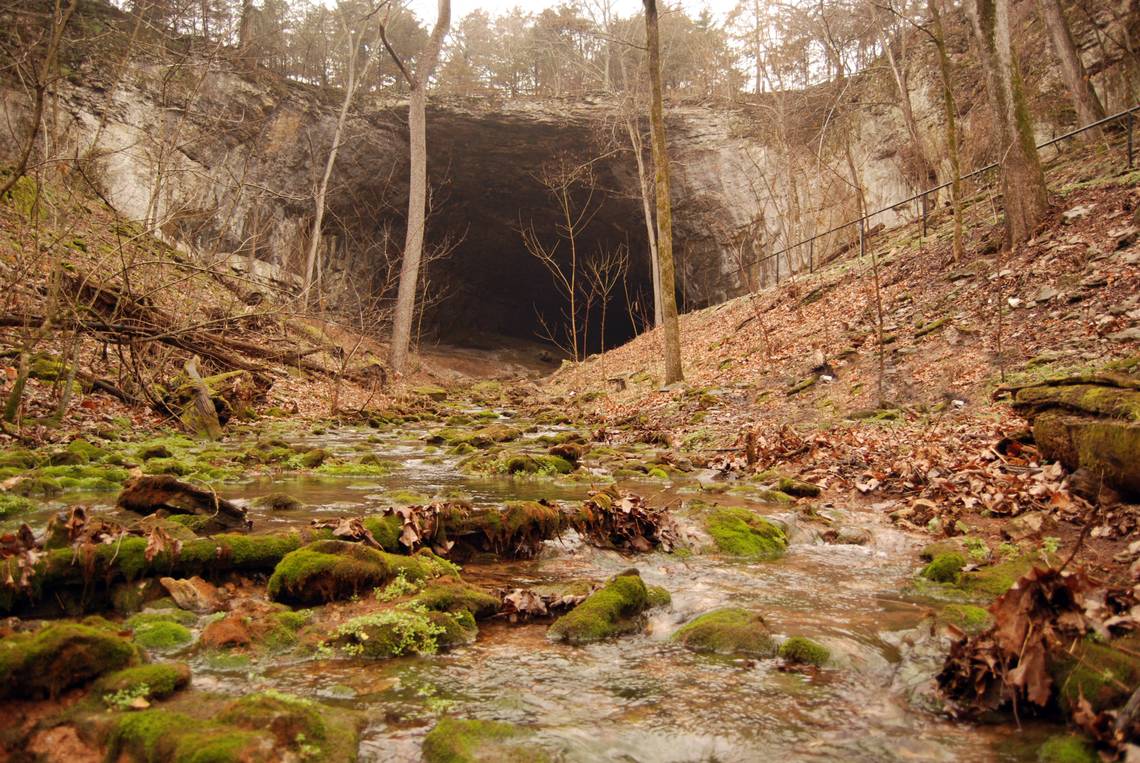 Drought conditions in Missouri allowed spelunkers to explore and map a new section of caves in the Ozarks.

Usually, a stream flows through Smallin Cave, incrementally carving the rocky tunnels and pouring out the massive mouth of the cave, the owner of Smallin Civil War Cave, Kevin Bright, told McClatchy News on Monday, Oct. 31.

Recently, however, a lack of rainfall and ongoing drought conditions have led water levels in the cave to drop, Bright said. At times, streams within the cave disappear entirely, sinking below the surface of the gravel stream bed until more rains come.

“This time though, we particularly missed more rain,” Bright said. “With the water levels dropping, then that gives us access to places that we don’t normally get to see.”

Taking advantage of the drought conditions, spelunkers ventured into an exposed tunnel opening and into a new passageway. “We went to where the question mark was on the map,” Bright said. “We crawled around the corner and next thing you know, we walked for another about 1,100 feet.”

The Smallin Cave system measures about 5,600 feet, according to a history of the site. However, only the first 550 feet past the cave’s mouth have been “readily accessible to humans. Beyond that, the cave is difficult to navigate through,” the cave’s website explains.

The newly-mapped section of tunnel contains one of the trademarks of the cave system, Bright said.

Smallin Cave has two trademark features, Bright explained. First, the mouth of the cave, likely one of the largest in Missouri, is between 50 to 60 feet high and 100 feet wide, according to a history of the site.

The second trademark features are the rimstone dams seen throughout Smallin Cave, Bright explained. “Rimstone dams form every time the water recedes, they get a little taller. They’re kinda like bathtub rings. They just build up over time.”

The largest rimstone dam in Smallin Cave — and possibly in Missouri — is a 14-foot-high dam in the main passageway, Bright said.

Down the newly mapped passageway, Bright said they found a slow-running stream and “a series of rimstone dams.”

Rising and falling floodwaters can reveal more than just tunnels. Because Smallin Cave has a gravel stream bed, “the gravel shifts just like a river on the surface, Bright explained. “Sometimes things are hidden or revealed, sometimes things that were there are gone so there’s constant changes.”

“You never know what’s gonna show up after a flood,” he said. “(When) the water recedes, we get to go back and there’s almost always several, several treasures.”

Previous “treasures” have included the bones of bison, elk, and hogs as well as deer teeth, Bright said.

Water levels in Smallin Cave have begun to rise but have still not recovered entirely, Bight said.

The first written documentation of Smallin Cave comes from an 1818 expedition by Henry Rowe Schoolcraft, according to the history of the site. In the 1830s, the cave served as a temporary shelter for a Cherokee-Irish family and refugees who escaped the forced removal of Native Americans around the Trail of Tears. The cave system was also utilized during the Civil War.

Ozark, Missouri, is about 185 miles southeast of Kansas City.

The 10,000th hellbender is released into Missouri river. Watch ‘snot otter’ swim away