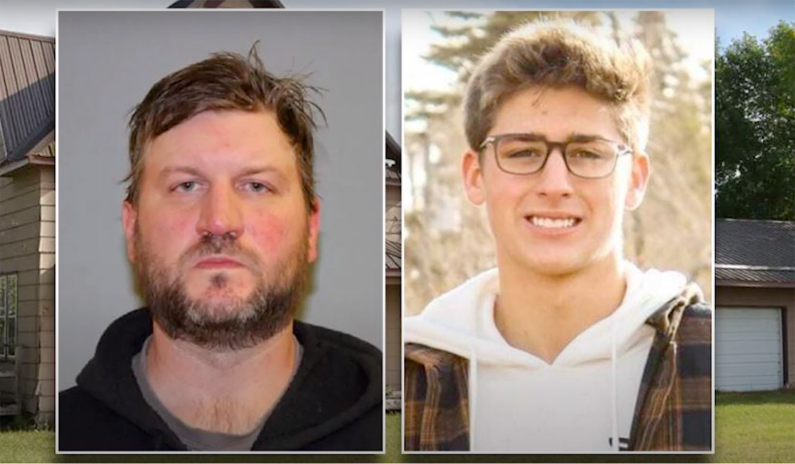 The man accused of fatally hitting a teenager with an SUV over their political differences was charged with murdering the 18-year-old on Friday.

Shannon Brandt admitted to hitting Cayler Ellingson with his car early on the morning of September 18 in McHenry, N.D., after the pair had a “political argument.” Ellingson allegedly went to call his mom after the argument, but Brandt said he thought the teenager was calling for people to come “get him.”

Brandt initially fled the scene but called 911 afterwords, saying he hit Ellingson because he thought the teen was part of a “Republican extremist group.” Police reported that Brandt was intoxicated at the time of the incident.

Brandt was initially charged with vehicular homicide and leaving the scene of a fatal accident. The vehicular homicide charge has been dropped due to the new charge of murder, Foster County State’s Attorney Kara Brinster announced on Friday.

He posted $50,000 bail and was released with no curfew or house arrest, but he is not allowed to consume alcohol, cannot leave North Dakota, can’t come in close contact with the Ellingson family, cannot possess a firearm, and has to be part of a 24/7 sobriety program, court documents showed.

There was “no evidence” that the incident involved politics or that Ellingson was in an “Republican extremist” group, North Dakota Highway Patrol Captain Bryan Niewind said.

An autopsy report indicates that Brandt “ran over” Ellingson and did not merely hit the teen with his SUV, according to Fox News.

When Brandt called 911 to report the fatal incident, he asked the operator if he’s “going to prison,” and said he knew it was “more” than a “total accident.”

He also claimed that Ellingson wouldn’t let go of his vehicle.

“I just tried to take off and, he..he wasn’t going to let me go, I, I hit him. I didn’t mean to and, and he’s subdued. I was scared to death but he’s subdued, he can’t do anything to me now so, so this is why I’m calling you,” Brandt told the operator, according to the outlet.