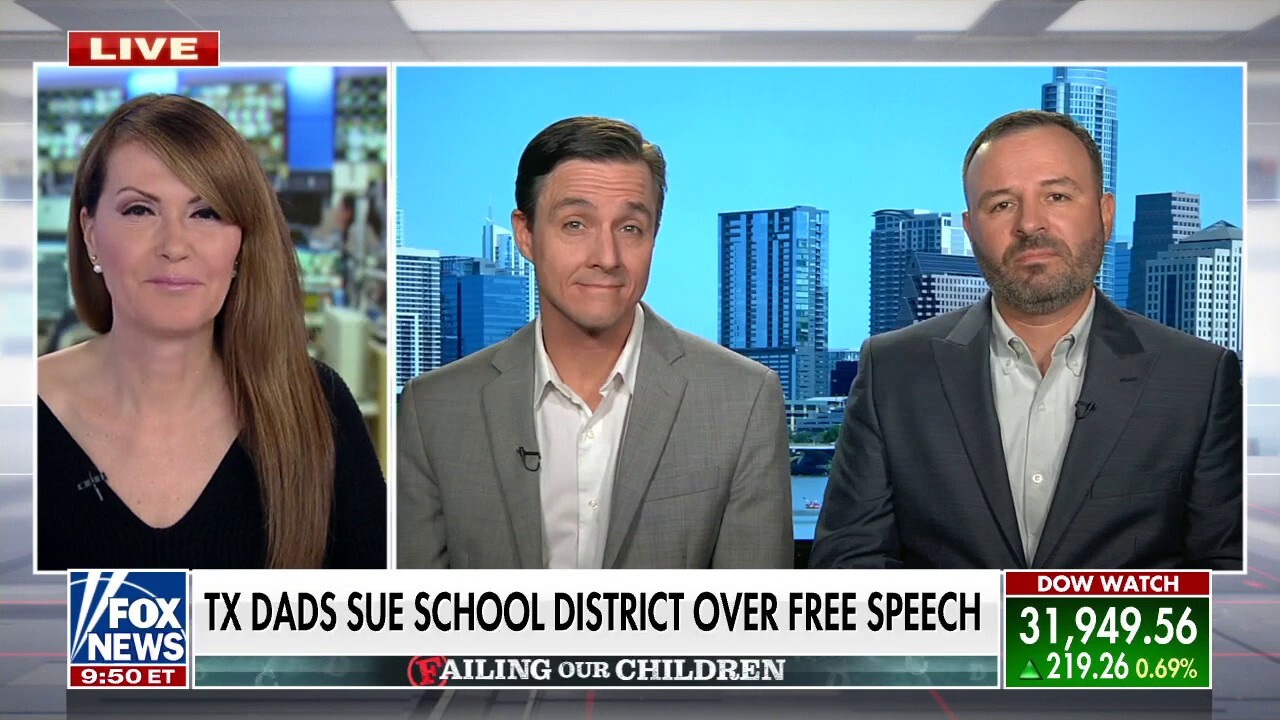 Two Texas fathers have filed a lawsuit against their local school district after they both were arrested separately for speaking out at board meetings. The men called for accountability Friday after they said their First and Fifth Amendment rights were violated.

Dustin Clark told “America’s Newsroom” he and Jeremy Story were separately advocating for student and parental rights and hopes the lawsuit will prevent other parents from being silenced at school board meetings.

“We saw a ratcheting up of kind of an oppression of some free speech and limiting what we could say,” Clark said.

Both men were arrested in September 2021 on a misdemeanor charge for hindering proceedings by disorderly conduct.

“They did not want to hear it,” Story said.

Police then removed Story from the room while he was in the middle of speaking.

“Our rights were violated,” he said. “I was speaking during my lawfully allotted time… I was just speaking normally and peacefully.”

Clark said other community members also brought up “off-topic” issues or spoke when they weren’t supposed to.

“We were definitely treated much differently,” he said. “We firmly believe it was because of the issues and concerns we were raising with the superintendent and some of the school board members.”

Jeremy Story getting escorted out of a Round Rock ISD school board meeting.
(Jeremy Story)

The men said they have yet to hear a response from the school district regarding the lawsuit.

Story said he now believes he is speaking out on behalf of parents across America.

“We see the need to stand for students’ rights and parents’ rights,” he said. “We believe that you should be able to speak to your school board without threat of being imprisoned.”