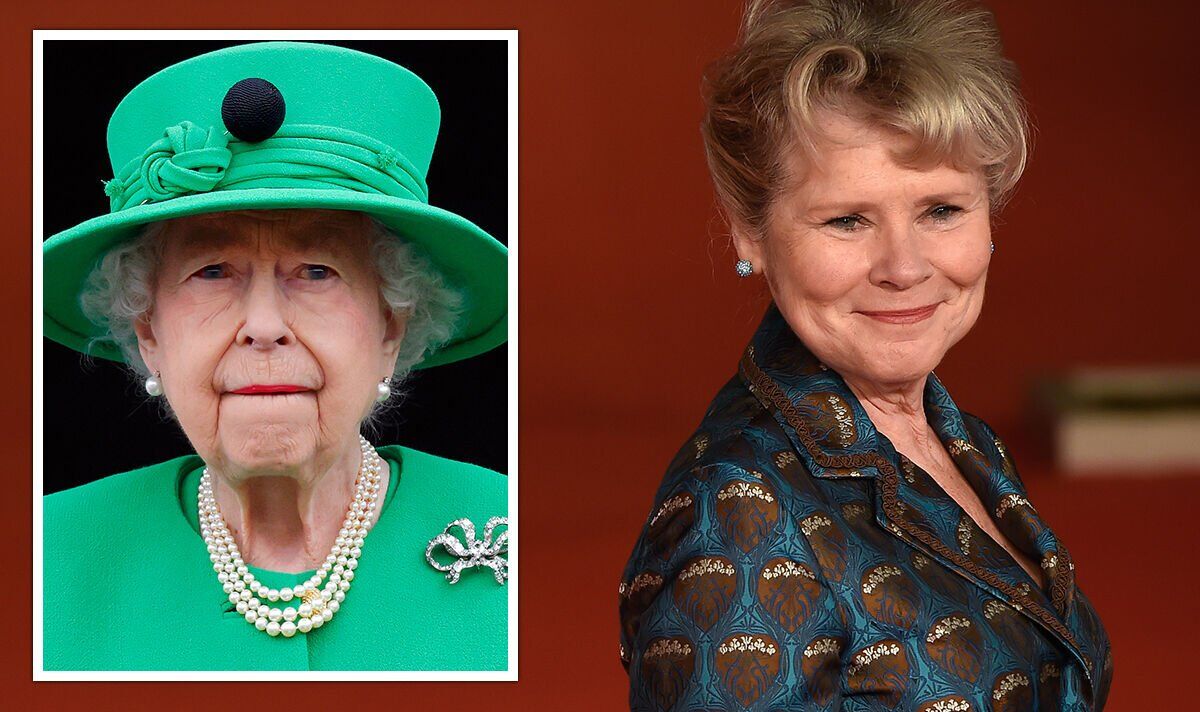 Imelda Staunton, 66, and Jonathan Pryce, 75, are the latest actors to portray the late Queen Elizabeth II and Prince Philip in the dramatised series The Crown. Having spent months in the monarchs’ shoes, the actress revealed some unique insight into the royal family and taking the “heavy baton” forward.

Countless people across the world will forever remember what they were doing on September 8 when news broke that Queen Elizabeth II had died.

However, Imelda who is playing the late monarch in the newest season of The Crown didn’t find out until hours later.

She was on set busy filming when the announcement was made on that historic Thursday evening.

Speaking to the Radio Times, Imelda said she was “inconsolable” and was grateful that she coincidentally had several days off right after the Queen’s death.

She only returned to set after the state funeral, which became one of the most watched televised events in history.

The actress admitted that her role in The Crown did alter her perspective on the entire situation, and she was filled with praises for Britain’s longest-reigning monarch.

She claimed that the royals may be “the only family in England” who still believe in a stiff upper lip.

She told the publication: “Nowadays we just want everyone to be crying and spilling their guts out about everything.”

Imelda is portraying the era of Queen Elizabeth viewers will be most familiar with, expected to be set in the nineties and early 21st century.

Most notably, this era sees marital issues run amok in the palace’s younger royals, and Imelda believed this idea of changing when one isn’t happy was hard for the Queen to deal with.

She said: “Accepting your lot is what they did. So for them to see their children saying, ‘I’m not happy with this, I’m changing that,’ I think is hard for them.”

Both Imelda and Jonathan admitted that there was a great amount of concern when they considered taking on their roles portraying the heads of the royal family.

The cast has been steadily replaced every two seasons, showing the progression of the family throughout their decades in the palace.

Originally, Claire Foy and Matt Smith starred in The Crown in 2016 for the first two seasons, which followed the then-princess into her first few years as Queen.

Olivia Colman and Tobias Menzies then took on their royal duties at the end of 2019 and portrayed them until the late eighties.

However, Imelda noted that she and Jonathan are portraying the royal couple during the decades they were most visible.