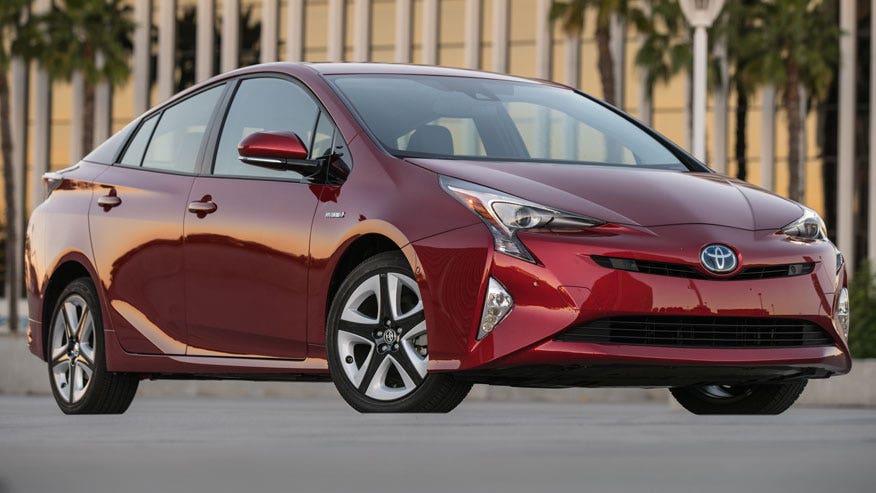 The 2018 Nissan Leaf goes more of the distance

The all-new 2018 Nissan Leaf can go farther than the original, but did they take the redesign far enough? FoxNews.com Automotive Editor Gary Gastelu went as far as he could in it to find out.

Used car prices continued their slow decline in May, but certain models are seeing a big uptick.

Breaking out hybrid and electric cars paints a very different picture, however.

FEDERAL GAS TAX HOLIDAY: HERE’S HOW MUCH IT WILL ACTUALLY SAVE DRIVERS

The Prius remains Toyota’s most fuel-efficient vehicle without a plug.
(Toyota)

The Nissan Leaf was redesigned in 2018.
(Nissan)

“The rapid increase in gas prices over the past few months has led to a surge in demand for hybrid and electric vehicles,” iSeeCars Executive Analyst Karl Brauer said.

Used Teslas are in demand as the production of new models has been limited.
(Tesla)

Hatchbacks, wagons and sedans, which are the lowest-priced segments, also saw higher than average increases compared to last year, while pickup prices were only up 6.7%.

“Small cars have become the only affordable used car option for a growing segment of the population, and their price increases reflect the high demand these otherwise low-demand vehicles have experienced in recent years,” said Brauer.

These are the 10 vehicles with the highest price increases by percent since May 2021 in iseecars.com’s study: