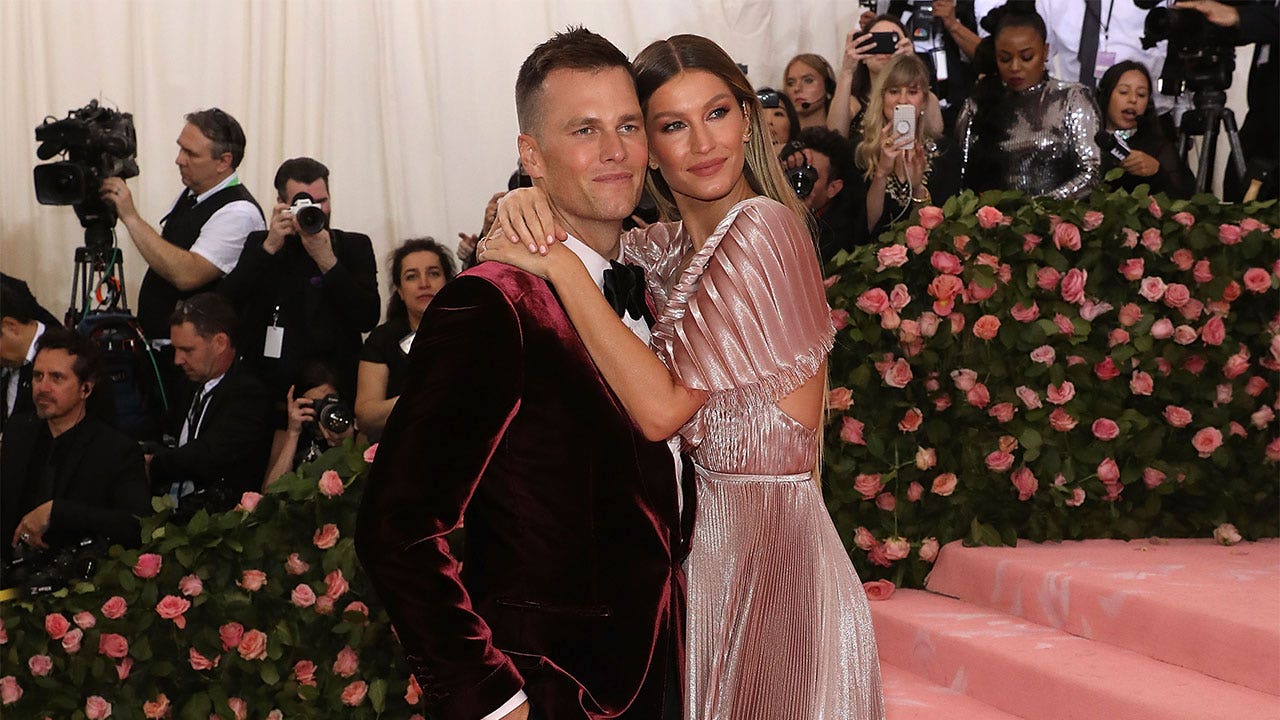 Tom Brady spent quality time with his children over the weekend after he and Gisele Bündchen’s divorce was finalized on Friday.

According to People, the Tampa Bay Buccaneers quarterback was spotted at a food bank in Port Charlotte, Florida, with his children, Benjamin, 12, and Vivian, 9, on Saturday.

The outlet reported that Brady and his kids aided Operation BBQ Relief with serving hot meals to those in need after Hurricane Ian hit Englewood and North Port, Florida.

“Tom wanted to teach his kids about the importance of community service,” a source told the outlet.

Tom Brady and Gisele Bündchen had been fighting “trouble-in-paradise” rumors since before the start of football season. The couple finalized their divorce on Friday, Oct. 28, 2022, after 13 years of marriage.
(Taylor Hill/FilmMagic)

Another source told the outlet that Bündchen is doing fine since her divorce to her husband of 13 years was finalized.

“Gisele is dealing with issues that have been plaguing her for a long time,” the source shared.

The source noted that the divorce was “was hard at first” for the former supermodel, but “enough time has passed that she is settling in.”

TOM BRADY AND GISELE BÜNDCHEN’S RELATIONSHIP THROUGH THE YEARS

According to the source, Bündchen “has lived her own life for years while Tom played football, so she is not afraid to do things by herself.”

Bündchen and Brady’s children have reportedly helped her move through the difficulties that come with divorce.

“Gisele is great with her children and radiates happiness when either one or both are around,” a source told the outlet, adding, “Having them with her has helped her move ahead.”

Following the couple’s announcement, Brady reportedly took his children to the movie theater in Hyde Park, Florida, on Friday. A source told People that Brady will remain in Tampa Bay and Bündchen will reside a few hours away in Miami.

The Buccaneers quarterback and the supermodel have been fielding divorce rumors since the start of the 2022 NFL season.

“In recent days my wife and I finalized our divorce from one another after 13 years of marriage,” Brady wrote in his social media post. “We arrived at this decision amicably and with gratitude for the time we spent together. We are blessed with beautiful and wonderful children who will continue to be the center of our world in every way. We will continue to work together as parents to always ensure they receive the love and attention they deserve.”

Bündchen added: “The decision to end a marriage is never easy but we have grown apart and while it is, of course, difficult to go through something like this, I feel blessed for the time we had together and only wish the best for Tom always.”

Tom Brady will reportedly remain in Tampa and Gisele Bündchen will reside in Miami.
(Stefanie Keenan)

“I kindly ask that our privacy be respected during this sensitive time. Thank you.”