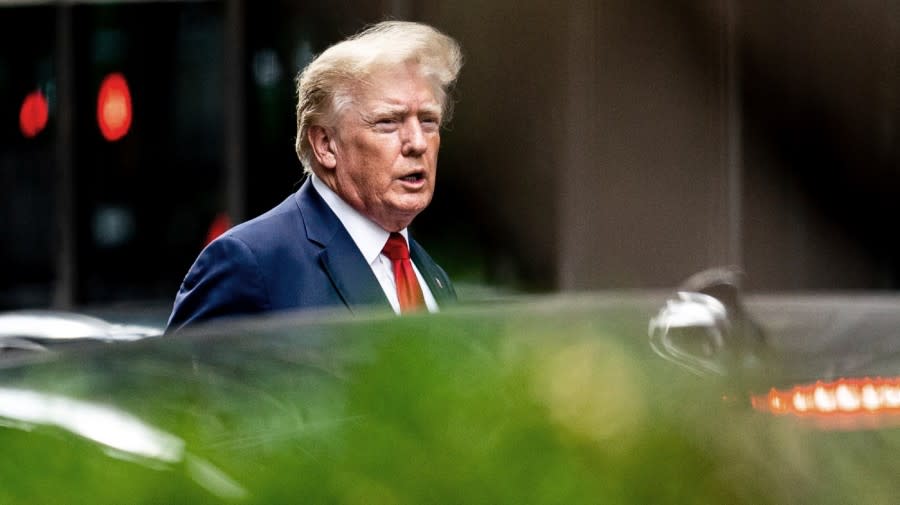 Former President Trump’s legal team is again seeking to block the Justice Department from bypassing a special master review of the classified records it seized from his Florida home.

In a filing with the 11th Circuit Court of Appeals on Tuesday, Trump asked the court to deny the Justice Department’s request after it appealed a decision from a Florida judge who refused its request to access only the classified materials taken during its search of Mar-a-Lago.

The filing continued the same arguments offered by Trump since the earliest days following the search of his home on Aug. 8 — dismissing the need for the warrant while claiming the former president has a right to the records.

“In what at its core is a document storage dispute that has spiraled out of control, the government wrongfully seeks to criminalize the possession by the 45th President of his own presidential and personal records,” Trump’s legal team wrote.

An earlier Trump filing that hinted — but stopped short of — claiming that the former president declassified the records at his home earned swift rebuke from the Justice Department, which argued such claims should not be considered without proof from Trump.

Trump’s team sought to fire back at that in the latest filing, noting that “either side” has yet to present proof regarding the classification status of the documents.

“The government again presupposes that the documents it claims are classified are, in fact, classified. … However, the Government has not yet proven this critical fact,” they write.

The Justice Department has recovered more than 300 records bearing classified markings from Mar-a-Lago, and it has yet to indicate any contained markings noting they were declassified.

Trump’s team also contended that some of the classified records contain handwritten notes that could bolster their argument that the documents could be protected by executive privilege.

The Justice Department has argued that executive privilege claims can only be made by the current president, and that any such claims would not trump national security concerns and cannot be used to block a criminal investigation.