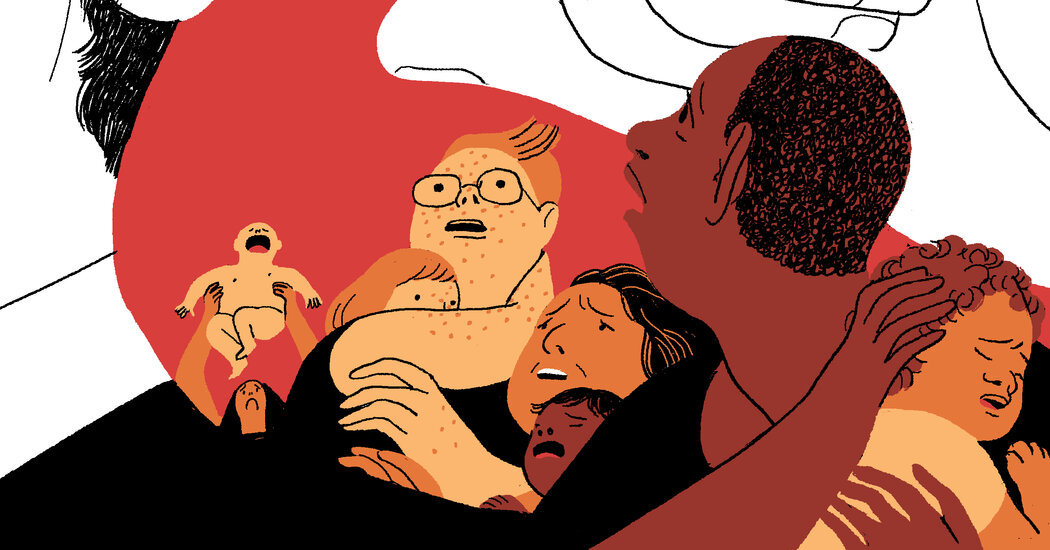 Back in March, when The Times asked readers how they felt about vaccinating their kids under 5, many said they were desperate — quite a few used that exact word — to get their little ones the shot. This sentiment, from Laurel K., the mother of a toddler in San Francisco, was typical:

I respect experts and authority. I followed every government guideline to a T, many even more cautiously than recommended. The last few months, though, have shaken me to my core in frustration and almost radicalized me. The utter abandonment of children under 5 and their parents as the world opens back up, the deafening silence from the C.D.C. on any real or reasonable guidelines for parents, the unforgivable PR disaster at the F.D.A. over the Pfizer E.U.A., have left me so, so angry with all levels of government as well as with much of our society at large.

More bluntly, a parent from Fort Thomas, Ky., wrote: “I would possibly commit a crime to get my child vaccinated.”

“It shouldn’t have taken this long to figure out the dose” for the smallest children, said Jeremy Faust, an emergency physician at Brigham and Women’s Hospital who writes the Inside Medicine newsletter. Faust is also the father of a 4-year-old and has a baby on the way. “It just frustrates me,” he said. It’s the same vaccine adults have been getting for more than a year, just at a different concentration. “It’s not like we had to change the recipe,” he said. “It’s that the trials were too slow.”

Of course, this delay is now overlapping with the baby formula shortage, though, fingers crossed, that may soon ease, as shipments of formula are starting to arrive from Europe and the Biden administration has invoked the Defense Production Act to get more formula on the shelves. The White House deserves credit for this.

But as I wrote last week, the formula crisis felt like “a slow-motion train wreck” that could have been prevented had policymakers made the health of our youngest citizens a priority. The same could be said of the vaccine delay for under-5s. “The Department of Homeland Security sees hospital capacity as a matter of critical infrastructure,” said Faust. “I would just add that feeding babies would certainly be a matter of national security. They are members of our nation.”

But babies can’t vote and their needs weren’t at the forefront of a lot of coverage I’ve seen about the primary elections in recent weeks. There’s no shortage of talk about who does and doesn’t have former President Donald Trump’s endorsement. There’s a lot of stoking of culture war fires and discussion of charisma and vibes. But child tax credits, paid parental leave, child-care funding or other measures that are directed toward children or their parents? Not so much. These aren’t fringe issues, they’re policy questions crucial for the health of the next generation.