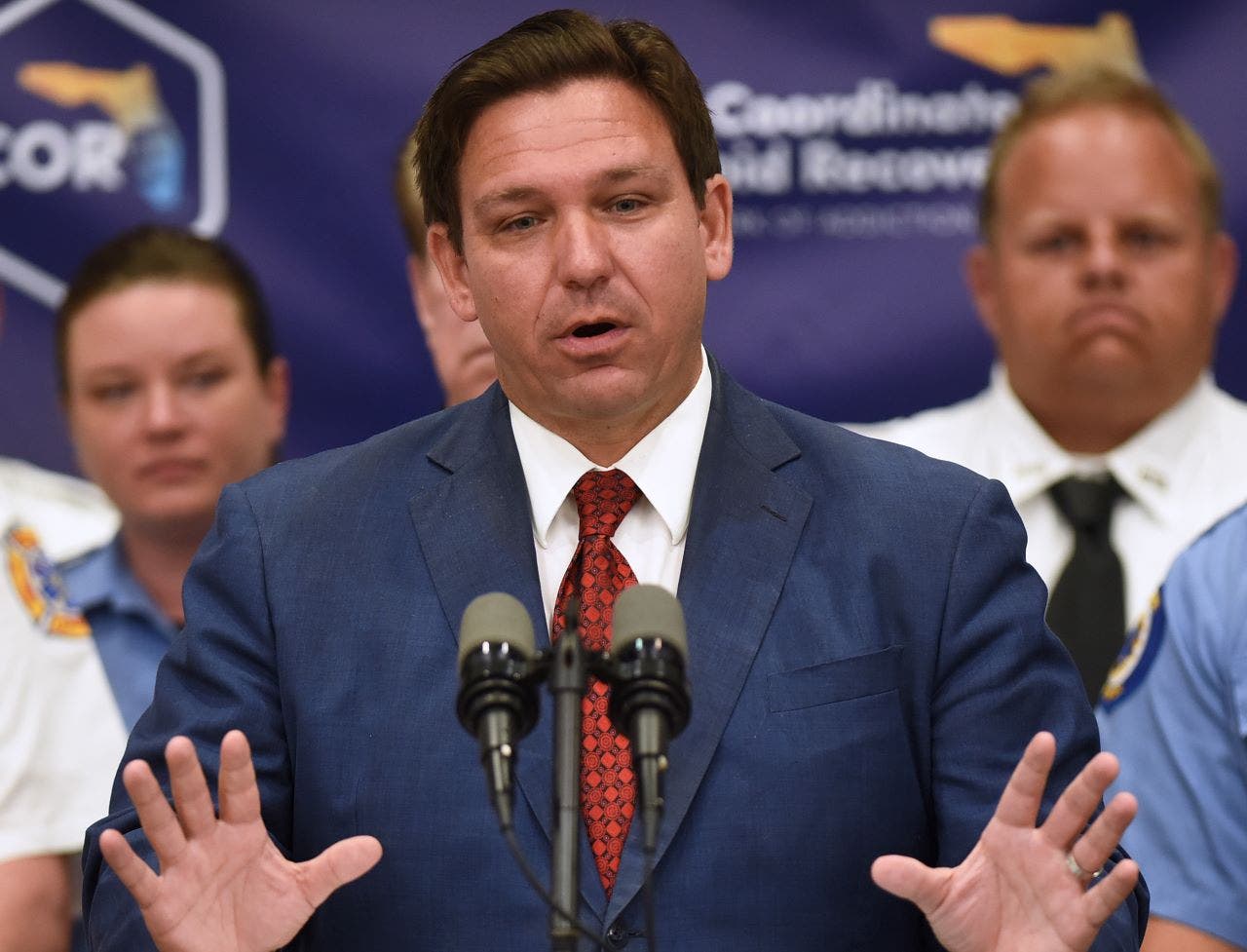 Washington Post columnist E.J. Dionne Jr. argued that Gov. Ron DeSantis’, R-Fla., move to relocate migrants from his state to Martha’s Vineyard was done in part to distract from the abortion debate, which has been touted as an electoral liability for the GOP since the overturning of Roe v. Wade.

Dionne provided this as an example of his larger point, that Republicans are “having to scramble” to find ways to distract from their weak points as Democrats have found how to be aggressive on messaging ahead of the midterms.

The columnist opened his Wednesday piece with the DeSantis example, writing, “Florida Gov. Ron DeSantis’s cruel stunt of flying Venezuelan migrants to Martha’s Vineyard … is widely seen as a play for Republican votes in a possible 2024 presidential run. But it is also part of an unusually intricate battle over which party will set the agenda for the 2022 election, and which side will be forced to play defense.”

A Washington Post columnist argued that Ronn DeSantis moving migrants to Martha’s Vineyard in Massachusetts was a “cruel stunt” to distract from his pro-life stance.
(Photo by Paul Hennessy/SOPA Images/LightRocket via Getty Images)

DeSantis resorting to a “cruel stunt” such as this is a good sign for the Democratic Party’s electoral chances, he argued, writing, “The fact that this messaging struggle is happening at all is a strategic victory for Democrats, even if they still have a lot of defending left to do.”

He also noted that even though the opposition party traditionally has the “big offensive advantage” in midterm races, the Republicans are struggling thanks to the Supreme Court’s Dobbs decision.

“But even with inflation as a cudgel, it hasn’t been that easy for the GOP. Thanks to the Supreme Court’s decision on abortion, Donald Trump’s high profile in the news and the right-wing radicalism of many of the party’s candidates, Republicans are having to scramble far more than they expected to,” he wrote.

“So DeSantis’s cynical move was, as much as anything, an effort to push aside abortion rights, an issue central to the underdog campaign Democrat Charlie Crist is waging against him.”

His column asserted it’s not just DeSantis who is desperately trying to shake things up.

“This dynamic is playing out all over the country.” Dionne Jr. stated, “Candidates who once spoke of their ardent opposition to abortion are now scrubbing their websites of references to the issue (“duck and cover” exercises, in the words of one Democratic strategist) and touting their own moderation on the issue.”

Crowds outside the Supreme Court reacting to the June 24 Dobbs ruling.
(Photo by Joshua Comins/Fox News)

“In the new spot, Jensen awkwardly holds his grandchild and declares: ‘Abortion is divisive, and Tim Walz is weaponizing the issue. In Minnesota it’s a protected constitutional right and no governor can change that, and I’m not running to do that,’” Dionne wrote, adding Jensen has now pivoted to focusing on cleaning up crime and public schools.

In the same vein, the columnist noted that Democratic candidates are pivoting to distract from their weaknesses on crime. He mentioned how Rep. Marcy Kaptur, D-Ohio, pointed out her Republican opponent J.R. Majewski’s participation in the January 6 rally so that she could claim, as a Democrat, to be on the side of police officers.

It’s all about “turning defense into offense” as he put it, citing Democratic Pennsylvania Senate hopeful John Fetterman’s retort to Dr. Oz’s charge that he’s soft on crime: “Doc Oz in his Gucci loafers is attacking me on crime. Dr. Oz wouldn’t last two hours here in Braddock.”

“Turning defense into offense can mean letting Gucci loafers talk for you,” the column concluded.

A woman, who is part of a group of immigrants that had just arrived, holds a child as they are fed outside St. Andrews Episcopal Church, Wednesday Sept. 14, 2022, in Edgartown, Mass., on Martha’s Vineyard.
(Ray Ewing/Vineyard Gazette via AP)