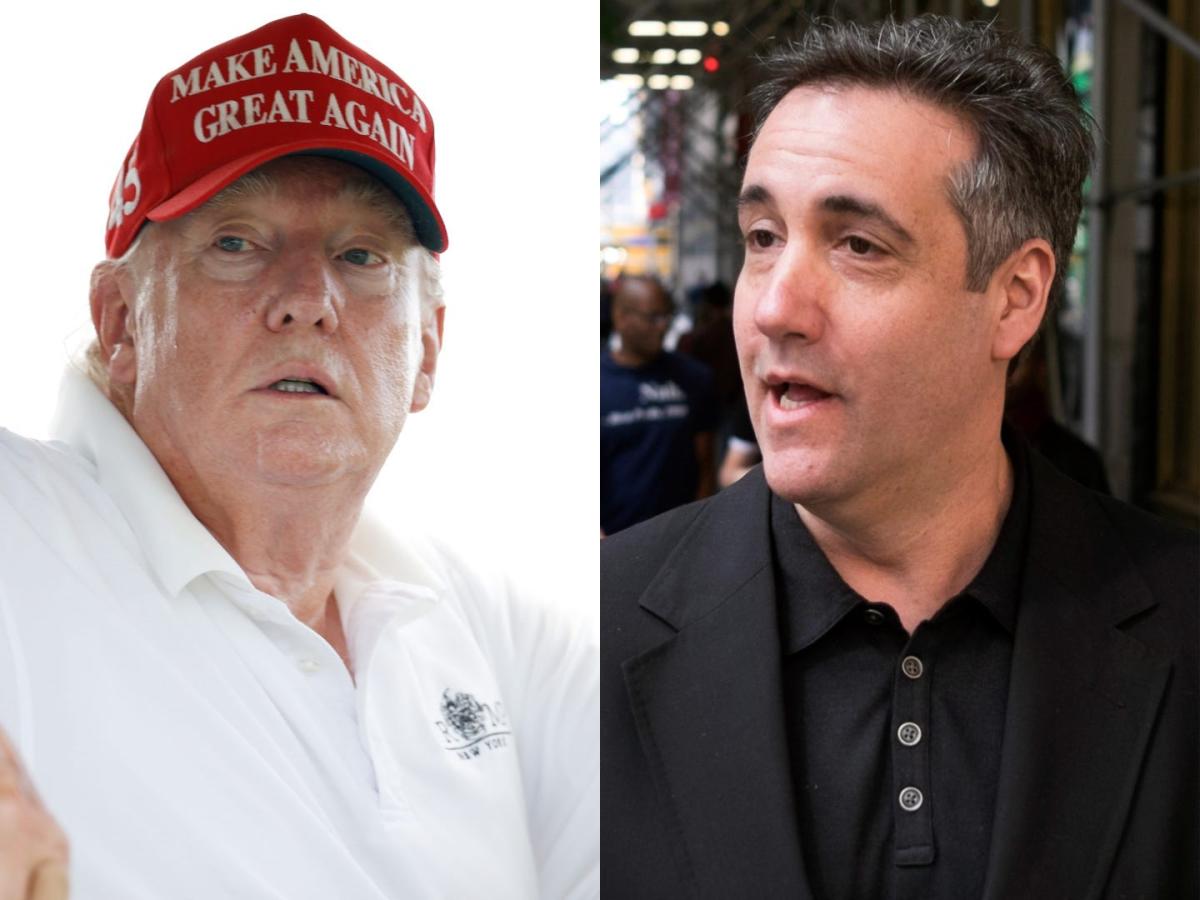 Speculation has run rampant since Donald Trump — apparently stung by Wednesday’s massive lawsuit against his family and business — lashed out at New York’s attorney general, calling her “Letitia Peekaboo James.”

Trump had already called Letitia James “racist” for months prior to her suing him, in a not-so-veiled allusion to the AG being African American. But what, social media now wonders, does Trump mean by this new nickname, which he doubled down on Thursday.

Trump fixer-turned-critic Michael Cohen doesn’t like the odds on either of the leading peekaboo nickname-origin theories, one of which is X-rated and the other of which is deeply racist.

Cohen thinks his own simpler theory is most likely: Trump, he says, is coming undone, mentally.

“My opinion? He has dementia,” Cohen told Insider on Thursday. “Especially with the additional stress that is now on top of him.”

Cohen had not heard of the “peekaboo” nickname when reached by Insider on Thursday.

Cohen didn’t think much of the X-rated theory, floated around AG circles, which references some of the more graphic definitions of “peekaboo” from Urban Dictionary.

“There’s no way in the world that Donald Trump knows the Urban Dictionary,” Cohen insisted. “Considering he doesn’t even know the English dictionary.”

The “J-word” is “not an option,” said Cohen, who doesn’t think Trump would ever use such a derogatory slur in a public statement.

Trump is, in fact, “a racist,” Cohen had alleged in his testimony before Congress in 2019, when he recounted his ex-boss remarking that, “only the blacks could live like this,” while being chauffeured through a poor neighborhood in Chicago.

But “there’s no chance” Trump would racially slur James publicly, including in a Truth Social post, Cohen insisted.

Instead, he thinks an “impaired” Trump may have been reaching for a metaphor to describe the failed, pre-lawsuit settlement negotiations with James’ office.

Perhaps, Cohen theorized, Trump believed James had toyed with him as they haggled over a potential dollar-figure that could have made the lawsuit go away before it was filed.

“Let me put it to you this way,” Cohen said. “As you sit and listen to Trump speak, you realize that he has at best a 10-year-old’s vocabulary. He’s using peekaboo as a hide and seek term.”

The failed settlement talks were clearly on Trump’s mind after James unveiled her lawsuit, which alleges Trump falsely inflated his worth by billions, and which seeks $250 million in penalties and the hamstringing of his business in New York. The lawsuit will be fought over for years, former prosecutors with the NY AG’s office have told Insider.

In griping about the failed settlement during a Fox News interview Wednesday night, Trump told host Sean Hannity two things that could not simultaneously be true.

First Trump said he had expected the case would settle. Then he said he actually would not have settled, because “even if I paid a very small amount, you’re sort of admitting guilt.”

“His rambling about ‘we were settling’ and then questioning why anyone would settle when they’re not guilty is indicative of some cognitive impairment,” mused Cohen.

Cohen said that as Trump’s right-hand man, he knew him at his most savvy. Now, he sees a man who “is coming undone” and who he said appeared physically stooped and mentally rambling on Hannity.

A lawyer for Trump did not immediately respond to a request for guidance on the new nickname’s meaning.

“I really don’t know what Trump was thinking,” he added. “Actually, neither does he.”

One thought on “Why is Trump calling NY AG Letitia James ‘Peekaboo?’ Michael Cohen has a theory, and it isn’t X-rated or racist”